PHOENIX (AP) — Board members overseeing Arizona’s most populous county reached an agreement Friday evening with the Republican-controlled state Senate that will end a standoff over a Senate demand that they hand over computer routers for use in an unprecedented partisan election review.

The Maricopa County Board of Supervisors announced that a special master will take questions from the Senate’s election review contractors and provide them with information contained on the routers they say they need to finish the election review.

Supervisor Bill Gates said the deal will protect sensitive information contained on the routers while avoiding a massive penalty the county faced if they had not complied.

Gates called the deal “a win for transparency and it’s also a win for protecting sensitive data in Maricopa County.”

Arizona Attorney General Mark Brnovich said in a decision last month that the county must comply with the subpoena issued by Republican Senate President Karen Fann or lose about $700 million in yearly state funding.

The county agreed to drop a $2.8 million claim it filed with the Senate after election equipment it handed over to the auditor was decertified and needed to be replaced.

Fann said the county settled under the threat of losing state money and called it “a victory for election integrity and the Arizona taxpayer.” She also said there was no damage to the election machines and that they were improperly decertified by Democratic Secretary of State Katie Hobbs.

Hobbs said she concluded the machines could no longer be used after consulted with experts at the U.S. Department of Homeland Security and others before making her decision.

Fann had signed documents vowing to pay for any costs the county incurred when they handed over the vote counting machines earlier this year. Gates said in July that county taxpayers should not be forced to pay to replace the machines decertified because of the Senate.

But the deal completely waives that agreement, and the county will pay the costs of the router review by the special master and a team of experts he will hire.

“The Senate will finally get the answers to questions asked for in subpoenas issued to the County months ago,” Fann said in a statement.

The board has four Republicans and one Democrat. Gates and other Republicans were muted in any criticism of the Senate and said they hope the agreement ends the fight. But Democratic Supervisor Steve Gallardo did not hold back; he was the lone no vote on the deal.

“We’re dealing with bullies,” Gallardo said. “There is nothing we can do to satisfy any of the (GOP) Senators” pursuing the audit.

The review of the 2020 election results was prompted by unsubstantiated claims made by former President Donald Trump and his supporters that he only lost because of fraud. The county says the election was property run and President Joe Biden simply got more votes.

County officials balked at handing over the routers that connect data countywide, contending that there was a grave risk to the security of law enforcement and other sensitive information.

The threat by Brnovich put massive financial pressure on the board to turn over the items the Senate says it needs as it prepares to release the election recount next Friday.

No evidence of fraud has been found in any states after a series of lawsuits filed by Trump backers or reviews by election officials.

But Republicans who lead the Senate say a deep dive is needed to look at all aspects of the election, and its contractors did a hand-recount of all 2.1 million ballots, took possession of vote-counting machines, computer servers and huge amounts of data handed over by the county under earlier subpoenas.

County officials have stood by the accuracy of their vote count, and outside reviews done by certified election auditors back them up. They said the Senate’s vote review funded by pro-Trump donors is being run by incompetent grifters hired by the Senate.

The company hired by the Senate to oversee the election review, Florida-based Cyber Ninjas, has no prior election review or auditing experience. Its CEO is Doug Logan, a Trump supporter who has promoted conspiracy theories about the election.

The Senate and Cyber Ninjas have themselves fought in court over whether they need to turn over records of the election review to a watchdog group and the Arizona Republic newspaper. The Senate was ordered to release its records and mainly complied. The state Supreme Court earlier this week upheld lower court decisions that said records held by Cyber Ninjas and other contractors conducting the audit must be made public.

The audit that began in April was originally set to take about 60 days, but there have been repeated delays. Most recently, Cyber Ninjas canceled plans to submit its report last month saying several of its team members contracted COVID-19 and had serious symptoms. 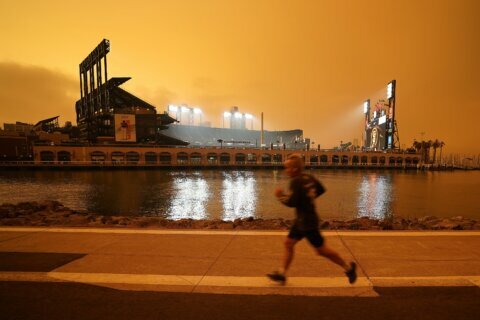