BILOXI, Miss. (AP) — Security camera video shows a Mississippi sheriff’s deputy running backward and tripping before he fatally shot a man authorities say was charging him with a knife outside a courthouse.

The Sun Herald published the footage of the deadly Jan. 15 confrontation between Reginald “RJ” Johnson and Harrison County Sherriff’s Deputy Bobby Jackson on Thursday after obtaining it through a public records request.

Johnson died after the deputy shot him multiple times in the parking lot of the Harrison County courthouse in Biloxi. A grand jury reviewed the case last month and concluded the shooting was justified.

Witness accounts also obtained by the newspaper said a man called Biloxi police after Johnson walked over and started banging and spitting on the man’s truck. The responding officer was then flagged down by a woman who said Johnson cursed at her and approached her with clenched fists. Witnesses said Johnson then started banging with a knife on the window of the Biloxi officer’s patrol car until the glass shattered.

Jackson told investigators that’s when he came out of the courthouse and confronted Johnson with his gun drawn. He said Johnson then charged him with a knife.

The deputy wasn’t wearing a body camera, but a security camera outside the courthouse recorded the shooting. Jackson comes into the frame running backward with his gun drawn. He trips and falls backward as Johnson runs toward him. The deputy fires his gun as Johnson falls on top of him.

Johnson has an object in his hand that authorities say was a knife. He appears to stab Jackson in the leg while the deputy tries to get up — at one point pressing with his hand on Johnson’s head while firing another shot. After regaining his feet, the deputy fires a final shot as Johnson kneels on the pavement. He doesn’t get up again.

The video has no sound and it’s unclear exactly how many shots Jackson fired. Authorities previously said the deputy fired his gun four or five times.

“We are heartbroken, horrified that an officer would fire his weapon repeatedly into somebody that was already down,” said Karen Johnson, Reginald’s aunt.

Dennis Kenney, a professor of criminal justice at John Jay College in New York and a former police officer, reviewed the video and told the newspaper the shooting appeared justified because the footage shows the deputy “trying to retreat.”

“He gets tangled up in trying to retreat and falls,” Kenney said. “It looks like the individual is trying to stab him. It appears to me that the officer is simply defending himself.” 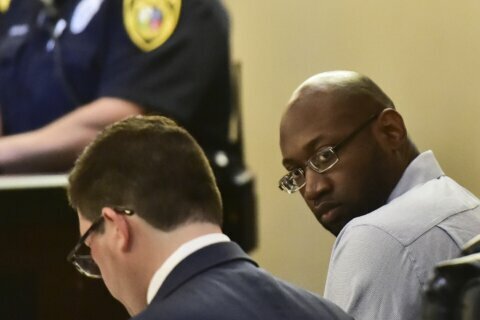 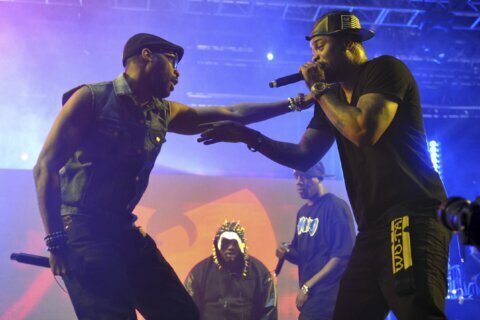