Texas shooter dies after party-goers throw bricks at him

FORT WORTH, Texas (AP) — A man who opened fire at a backyard party in Fort Worth early Monday, killing one and injuring three, died after being chased by fellow party-goers who threw landscaping bricks at him, Texas authorities said.

Fort Worth police said the shooter, who was struck multiple times with at least one brick, was pronounced dead at the scene. Police said the medical examiner will determine the cause of death.

Police said the shooter had been attending the small backyard gathering at a home but became upset and left. He then returned and began arguing with other party-goers before shooting and injuring one person, whose injuries weren’t life-threatening. As party-goers gave chase, the shooter turned and fired at them.

The party-goers started throwing bricks at the shooter, police said. Police said at some point the shooter either fell or was taken down to the ground but continued to fire.

Three people were shot during the chase. One person was killed and two others were injured and are expected to survive, police said.

Police said they are continuing to investigate, and that the handgun believed to have been used by the shooter was recovered.

No signs of Gabby Petito’s boyfriend after days of searching 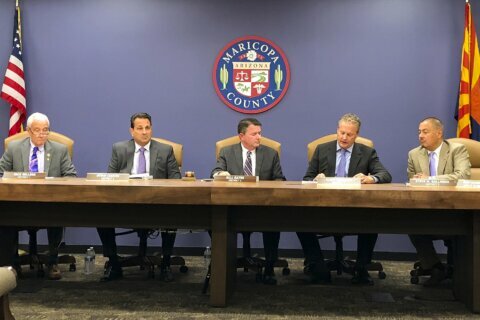