The council maintained the ceilings in the U.N. force at 13,289 military troops and 1,920 international police, but it asked Secretary-General Antonio Guterres to make a recommendation on the force level by July 15 “in light of the growing level of insecurity and physical violence against the civilian populations in central Mali.

Mali has been in turmoil since a 2012 uprising prompted mutinous soldiers to overthrow the president of a decade. The power vacuum that was created ultimately led to an Islamic insurgency and a French-led war that ousted the jihadists from power in 2013.

A peace agreement was signed in 2015 by three parties — the government, a coalition of groups that seek autonomy in northern Mali, and a pro-government militia.

However, the insurgents quickly regrouped in the desert and began launching frequent attacks on the Malian army and its allies fighting the insurgency. The extremists, affiliated with al-Qaida and the Islamic State militant group, have moved from the arid north to more populous central Mali since 2015 where their presence has stoked animosity and violence between ethnic groups.

In the latest turmoil, Col. Assimi Goita grabbed power in August 2020 by overthrowing Mali’s democratically elected president. He eventually agreed to a transitional government led by a civilian president and prime minister but on May 24 he ousted those civilian leaders after they announced a Cabinet reshuffle that sidelined two junta supporters without consulting him. Earlier this month, Goita was sworn in as president.

The Security Council expressed grave concern at “the continued deterioration of the political, security and humanitarian situation in Mali, including through the persistence of a high level of attacks by terrorist groups in the north and in the center, and the continuation of intercommunal violence in the center.” It also expressed concern at the extension of insecurity to the south.

This has led to human rights violations and abuses, violations of international humanitarian law, “the loss of numerous innocent lives as well as numerous internally displaced persons and refugees in neighboring countries, people in critical need of assistant and children without access to education due to school closures,” the council said.

Council members called on “all Malian stakeholders” to resume and complete the political transition and handover of power to elected civilian authorities. They also called on Mali’s transitional government headed by Goita to organize free and fair presidential and legislative elections as well as regional and local elections and a constitutional referendum within the 18-month transition timeline.

The council reiterated that the head of the transition, its vice president and prime minister “should not under any circumstances be candidates for the forthcoming presidential election.”

French Ambassador Nicolas De Riviere told reporters that Mali remains “very fragile,” which is why the resolution supports implementation of the 2015 peace agreement, the stabilization of the center of the country, and the “absolute priority” of holding elections on Feb. 27, 2022.

Earlier this month, French President Emmanuel Macron announced that France’s military presence fighting Islamic extremism in Africa’s broader Sahel region, including Mali and neighboring countries, would be reduced but gave no timeframe. France’s Operation Barkhane, which now has more than 5,000 soldiers in the Sahel, will formally end and be replaced by another mission focused on fighting Islamic extremists that relies more on regional partners, Macron said.

De Riviere told the council on June 14 that the U.N. force has only 2,000 peacekeepers and three helicopters available every other week in the center of Mali. He said France wants the U.N. “to seriously consider the question of increasing the resources and the troop ceiling.”

The resolution extends the force’s mandate until June 30, 2022, and says its priorities should be supporting implementation of the 2015 peace agreement, stabilization and restoration of government authority in the center of the country, protection of civilians, promotion and protection of human rights, and humanitarian assistance. 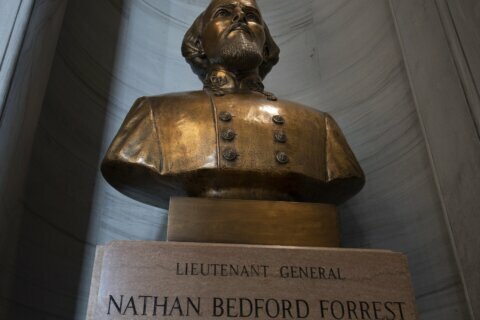