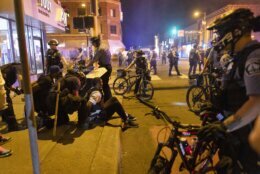 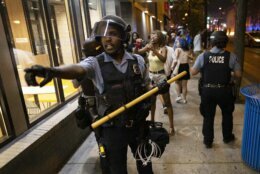 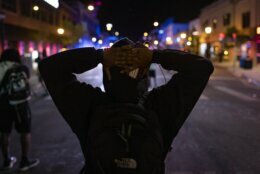 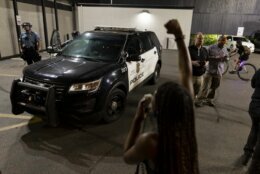 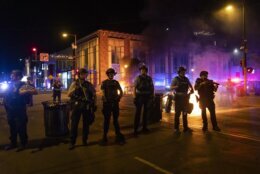 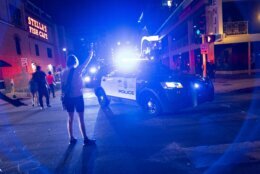 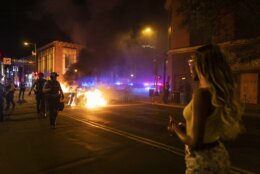 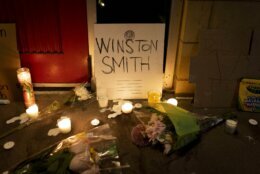 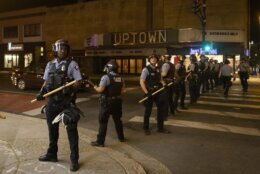 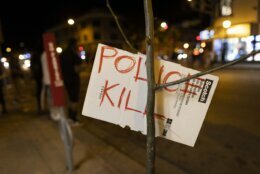 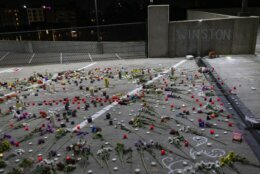 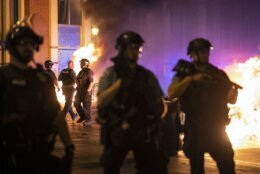 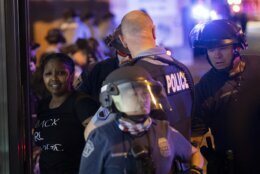 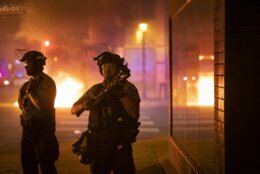 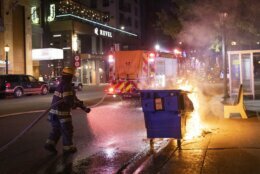 MINNEAPOLIS (AP) — Protesters faced off with officers in Minneapolis early Saturday over the shooting death of a Black man by members of a U.S. Marshals task force.

Photos from the scene following a vigil for Winston Boogie Smith Jr., 32, showed dumpster fires in the street and a line of officers standing guard. It was the second night of protests in response to the fatal shooting Thursday in Minneapolis’ Uptown neighborhood.

Police said 27 people were arrested in the protest, with 26 accused of rioting and one facing a weapons charge. No injuries were reported. Some businesses sustained damage, police said.

Authorities said Friday that Smith was wanted on a weapons violation and fired a gun before two deputies shot him while he was inside a parked vehicle. Members of the U.S. Marshals Fugitive Task Force were trying to arrest him on a warrant for allegedly being a felon in possession of a gun.

Family and friends described Smith as a father of three who was often harassed by police. They are demanding transparency in the investigation and have asked that anyone who might have video footage to come forward.

Police said some people vandalized buildings and stole from businesses after the shooting Thursday. Nine people were arrested on possible charges including suspicion of riot, assault, arson and damage to property.

The fatal shooting comes as Minneapolis has been on edge since the death of George Floyd just over a year ago, and the fatal shooting of Daunte Wright by an officer in nearby Brooklyn Center in April.

12 dead in Alabama due to Claudette, including 10 children