COLUMBIA, S.C. (AP) — Information gathered by agents investigating the death of a mother and son from a prominent South Carolina legal family has led state police to review a nearby unsolved hit-and-run death from six years ago.

What that information is and why it might be connected to the shootings earlier this month of Paul Murdaugh, 22, and his mother, Maggie, 52, was not given by State Law Enforcement Division spokesman Tommy Crosby.

The mother of the 19-year-old Stephen Smith has told news outlets for the past six years that she thought her son was beaten to death and not hit by a vehicle in Hampton County and she thought someone in the area covered up the crime.

No arrests have been made in Smith’s death.

The coroner’s report said Smith was most likely hit in the head by the mirror of a passing semitruck in July 2015. Police said he was walking on a two-lane road after running out of gas.

Smith’s mother, Sandy Smith, told The Augusta (Georgia) Chronicle in 2015 that there was no broken glass or plastic shards from a mirror on the road where her son’s body was found.

“The way his body was laying in the road, with his arm dislocated and bent back behind his body, I just don’t believe that he was struck by the mirror of a vehicle,” Sandy Smith told the newspaper.

She has continued to push for more investigation into her son’s death.

Smith’s body was found about 15 miles (24 kilometers) from the family home where Paul and Maggie Murdaugh were found shot to death near dog kennels in Colleton County on June 7.

State police are investigating their deaths as well and have made no arrests and released little information on the progress of their case.

Paul Murdaugh was awaiting trial on a charge of boating under the influence causing death when he died and his family said they received vague threats about that case. The charge stems from a February 2019 boat crash that killed a 19-year-old woman and injured several others.

State officials have also announced they are looking in to whether local law enforcement agencies tried to obstruct the investigation into the boating death. Local prosecutors gave the case to the state Attorney General’s Office because of a conflict of interest.

Paul Murdaugh’s grandfather, great-grandfather and great-great grandfather were all longtime elected prosecutors in the area and Alex Murdaugh — the father and husband of the shooting victims — volunteered at the Solicitor’s Office, but all were out of office at the time of the boat crash. The family told ABC’s Good Morning America that none of their members tried to influence or stop the investigation.

Earlier this week, the current elected prosecutor in the area said to his knowledge there was no “clear suspect in this case at this time” so it was too early to determine if his office should step aside.

“We will act promptly and ethically should conflicts arise in this case, as we always have,” 14th Circuit Solicitor Duffie Stone said in a statement. 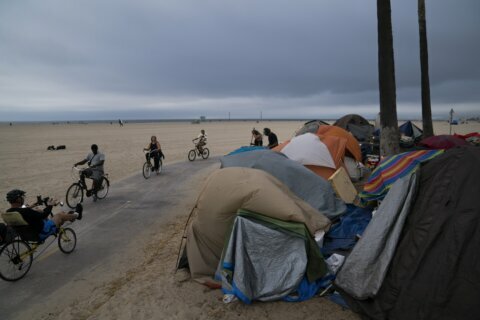