Caron Butler can easily point to the lowest moment in his life — the days he spent as a teenager…
Listen now to WTOP News WTOP.com | Alexa | Google Home | WTOP App | 103.5 FM

Caron Butler can easily point to the lowest moment in his life — the days he spent as a teenager locked in a solitary confinement cell inside a juvenile prison.

The former UConn star and NBA player went to Connecticut’s state Capitol on Monday to ask Gov. Ned Lamont to sign legislation that would strictly limit the use of solitary confinement and other forms of isolation in prisons.

The bill, which requires almost all inmates be allowed at least 6 1/2 hours out of their cells and also limits the use of certain restraints, received final legislative approval early Sunday. It comes as the state is closing its maximum-security Northern Correctional Institution, which was designed specifically to keep prisoners in isolation.

Butler has been open about his struggles as a youth in Racine, Wisconsin. He dealt drugs and was arrested more than a dozen times before spending more than a year in prison on drug possession and firearms charges.

He was 15 when he got into a fight in prison and was thrown into solitary, spending 23 hours a day isolated in a small cell for two weeks. He had no contact with anyone. He said none of the violence or other trauma in his young life prepared him for the despair of that situation.

“Being in those four walls and those four corners, it does something to you,” Butler said in an interview with The Associated Press. “Mentally and spiritually, it takes away a lot. It dehumanizes you.”

Butler said he believes he survived because of a strong family support system. He discovered basketball in prison. He turned his life around when he got out to the point that Hall of Fame coach Jim Calhoun saw something in him and offered him a scholarship.

Butler went on to become the Big East’s player of the year in 2002 and spent 14 seasons in the NBA, where he now is an assistant coach with the Miami Heat.

But Butler, who is also a trustee at the Vera Institute for Justice, said he’ll never forget what he endured in prison and is hoping that the Connecticut legislation will serve as an example for other states.

Opponents of the bill say it will take a tool away from guards that helps maintain discipline in prisons. But its supporters say it includes exceptions, such as allowing officers to isolate a prisoner when that is needed to protect someone’s life. But there will now be a review process to ensure that isolation ends.

Barbara Fair, the lead organizer for the Stop Solitary CT campaign, part of the National Religious Campaign Against Torture, said while thousands of people have horror stories about living in solitary confinement, it’s important for someone as well known as Butler to step forward.

“This is somebody people can connect with,” she said. “That’s the biggest problem around our prison systems is that often people have a hard time connecting with the humanity of incarcerated people.”

Butler is not the first former UConn star to advocate for criminal justice reform.

Maya Moore left the WNBA to wage what became a successful fight to overturn the wrongful conviction of Jonathan Irons, who later became her husband. She also started a social action campaign called Win With Justice, designed to call attention to the power wielded by prosecutors and their obligation to use it responsibly.

Butler said it’s not a coincidence that she and others, such as former UConn player Renee Montgomery, are active in the push for social justice reform.

“We were taught by two Hall of Fame coaches (Jim Calhoun and Geno Auriemma) that when you are passionate about something, you have to find a way to create a wave and make that wave bigger and create a current,” Butler said. “Just like momentum changes in a basketball game, you have to impose your will on a situation.” 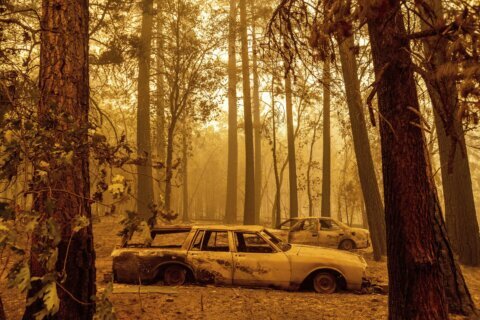