WASHINGTON (AP) — Included in the bipartisan infrastructure deal reached with President Joe Biden last week is a plan to eliminate the country’s remaining lead pipes and service lines, which for decades have posed a risk for contaminated water in millions of homes and schools.

Lead can enter drinking water when water utility pipes or the service lines that connect to homes corrode. It is considered harmful at any level, and children are particularly vulnerable because it can slow growth, cause anemia and result in learning and behavior problems.

Federal regulations over the years have banned the use of lead in plumbing systems, but some pipes and service lines that were built before the rules were enacted have yet to be replaced. The White House says lead pipes continue to serve an estimated 400,000 schools and child care centers and 6 million to 10 million homes.

A look at how lead pipes are being addressed.

WHO CHECKS FOR LEAD IN MY WATER?

If lead is detected, water utilities have to replace pipes within 15 years and provide filters to households during the process.

But then there are the service lines that connect the utilities’ pipes to homes, and are often on private property. Checking for lead in those lines is generally the homeowner’s responsibility, though some cities and states provide funding to help replace them. Residents can hire a certified plumber to test service lines.

Some homes also have privately supplied water, such as from wells. In those cases, the Centers for Disease Control and Prevention says residents should test water annually and contact their local public health departments if lead is detected.

WHAT HAS BEEN DONE SO FAR ABOUT LEAD PIPES?

States and cities have worked for years to replace pipes and service lines, but efforts have lagged in many places in part because of the steep price tag.

The EPA estimates the average cost of replacing a lead service line ranges from $1,200 to $12,300 for a homeowner, and has made grants available for local governments to disperse.

Chicago, Denver and Newark, New Jersey are among the cities that have provided individual homeowners with full or partial financial aid in recent years to get rid of lead service lines.

WHAT ABOUT THE REMAINING PIPES?

To lessen the risk posed by lead pipes, cities treat drinking water with additives that help prevent their corrosion. Experts say such measures have helped reduce overall levels of exposure, but do not eliminate risk.

WHO IS AFFECTED BY LEAD PIPES?

Black and Hispanic Americans have long been at disproportionate risk of lead exposure in drinking water and lead-based paint, according to the Centers for Disease Control and Prevention, environmental advocates and medical researchers.

Children who live in housing built before 1978 or in households with incomes at or below the federal poverty line are thought to face the greatest risk of exposure.

The lead-tainted water crisis of Flint, Michigan, disproportionately hurt Black residents, who make up a majority of the city. When the city switched its water source in 2014 to the Flint River, state regulators advised local officials not to treat the river water with anti-corrosion chemicals. That resulted in river water scraping lead off the city’s aging pipes and plumbing fixtures.

A report later issued by the Michigan Civil Rights Commission found “systemic racism” at the core of problems that caused the water crisis.

Under the Trump administration, the EPA modified a regulation to require water utilities to test fountains and faucets for lead at schools and child care centers. The Biden administration suspended and is reviewing that rule, which also would have nearly doubled the time utilities have to replace pipes when lead is found in them.

Some experts say lead tests for water pipes are unreliable, since results can vary based on factors such as how recently the pipe was flushed or whether construction shook lead particles loose at the time of testing.

Those variables can make concentrations of lead in water “fluctuate quite a bit,” said John Rumpler, clean water program director for Environment America, which advocates for environmental protections.

WOULD THE PROPOSED FUNDING GET RID OF ALL LEAD PIPES?

Biden’s proposed plan had set aside money for mapping out the extent of lead piping in the U.S., which remains difficult to assess in many older cities and towns. But experts say the $45 billion included in the proposal is a realistic ballpark figure for eliminating what’s estimated to remain.

Money for replacing pipes would be distributed through water programs and grants administered by the EPA to state and local governments and public water systems.

WOULD THIS END THE RISK OF LEAD EXPOSURE?

No. Water isn’t the only potential source of lead. Other sources include lead-based paint, which can be found in homes built before 1978 and soil contaminated from industrial sources including leaded gasoline. 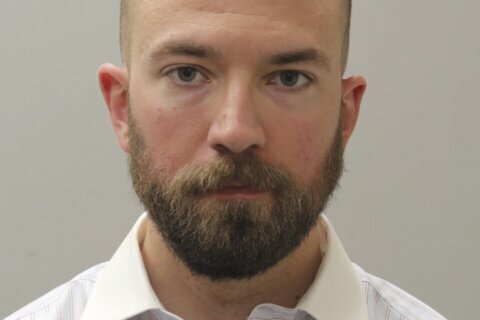