NASHVILLE, Tenn. (AP) — A Tennessee man who harassed two teenage Muslim girls and then swung a knife and attacked their father has pleaded guilty to a federal hate crime.

Beckham admitted that he confronted two sisters in hijabs after they got off a school bus in 2017, saying “Allahu Akbar!” and “Go back to your country!” the statement said. When their father arrived to pick them up, Beckham injured him by swinging a knife and punching at him, and when their mother arrived with another child in a car, Beckham, his knife still drawn, chased after them as well, the Justice Department said.

After police took Beckham into custody, he called the family “terrorists” and vowed to kill them when he got out of jail, the agency added.

Beckham agreed to plead guilty after his federal trial in September 2019 ended with a hung jury. He remains free pending his sentencing, now scheduled for Oct. 7.

As part of the plea agreement, the Justice Department dropped a charge of providing false information to the FBI and is recommending a 12-month sentence that would be served under home incarceration, according to court documents.

“The cowardly and unprovoked attack and display of hate-filled aggression by this defendant toward two innocent young girls and their father is despicable,” Acting U.S. Attorney Mary Jane Stewart said. “An attack upon the free exercise of any person’s religious beliefs is an attack on that person’s civil rights. The Department of Justice will continue to vigorously prosecute such violent acts motivated by hate.”

The Council on American-Islamic Relations, a Muslim civil rights and advocacy organization, said in a statement that the plea was welcomed “as an indication that our system of justice can work for those who are targeted by hatred and bigotry, even if it takes years.” 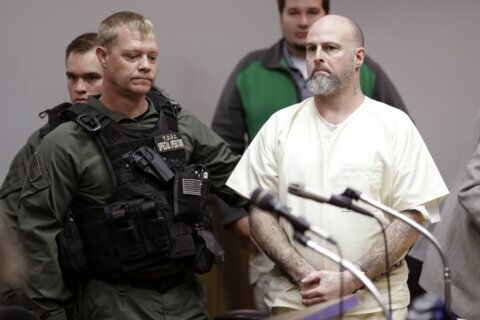