Hundreds gathered Monday for an interfaith service dedicating a prayer wall outside historic Vernon African Methodist Episcopal Church in Tulsa's Greenwood neighborhood on the centennial of the first day of one of the deadliest racist massacres in the nation.
Listen now to WTOP News WTOP.com | Alexa | Google Home | WTOP App | 103.5 FM
(1/23) 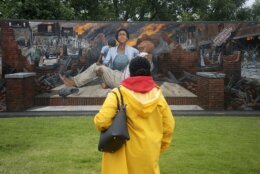 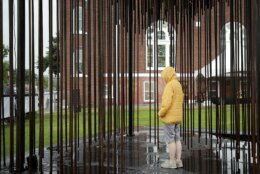 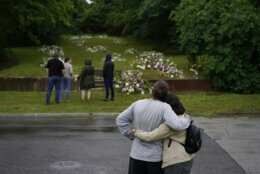 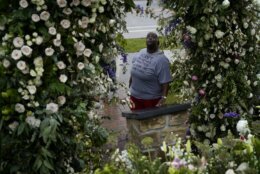 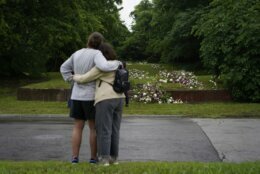 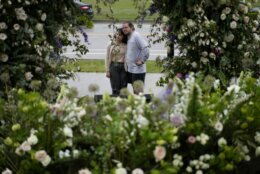 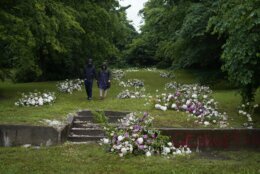 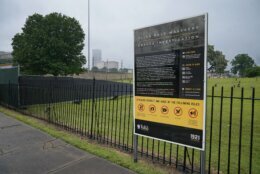 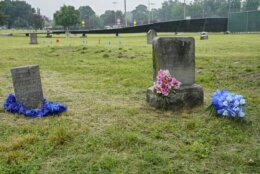 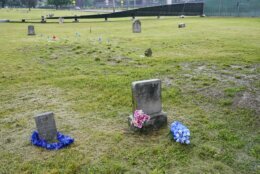 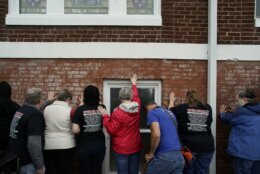 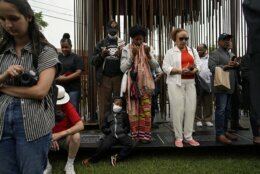 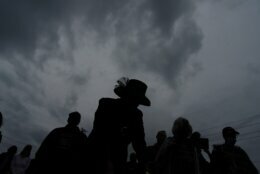 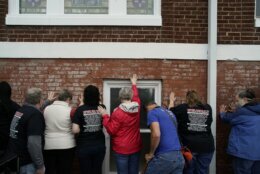 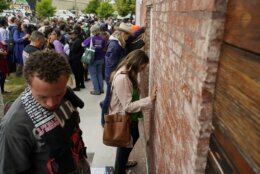 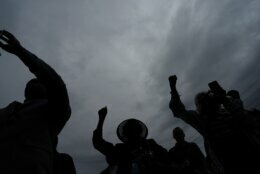 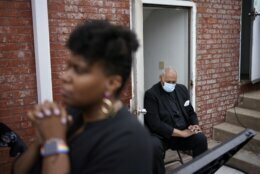 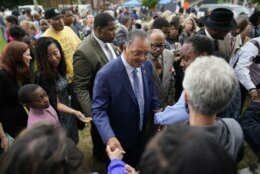 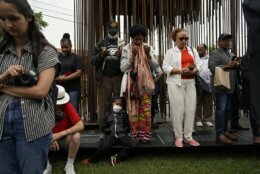 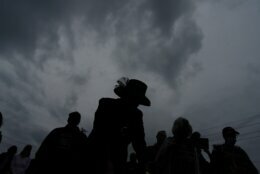 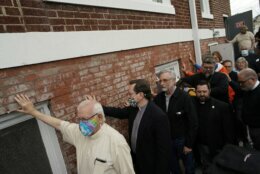 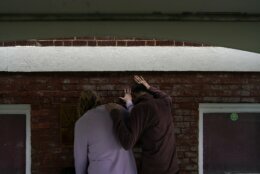 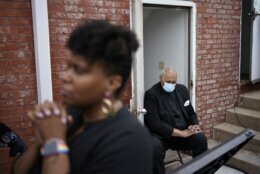 TULSA, Okla. (AP) — Hundreds gathered Monday for an interfaith service dedicating a prayer wall outside historic Vernon African Methodist Episcopal Church in Tulsa’s Greenwood neighborhood on the centennial of the first day of one of the deadliest racist massacres in the nation.

National civil rights leaders, including the Revs. Jesse Jackson and William Barber, joined multiple local faith leaders offering prayers and remarks outside the church that was under construction and largely destroyed when a white mob descended on the prosperous Black neighborhood in 1921, burning, killing, looting and leveling a 35-square-block area. Estimates of the death toll range from dozens to 300.

Barber, a civil and economic rights activist, said he was “humbled even to stand on this holy ground.”

“You can kill the people but you cannot kill the voice of the blood.”

Although the church was nearly destroyed in the massacre, parishioners continued to meet in the basement, and it was rebuilt several years later, becoming a symbol of the resilience of Tulsa’s Black community. The building was added to the National Register of Historic Places in 2018.

As the ceremony came to an end, participants put their hands on the prayer wall along the side of the sanctuary while soloist Santita Jackson sang “Lift Every Voice and Sing.” Traffic hummed on a nearby interstate that cuts through the Greenwood District, which was rebuilt after the massacre but slowly deteriorated 50 years later after homes were taken by eminent domain as part of urban renewal in the 1970s.

Among those who spoke at the outdoor ceremony were Democratic U.S. Reps. Barbara Lee of California, and Lisa Brunt Rochester and U.S. Sen. Chris Coons, both from Delaware. Rochester connected the efforts toward reparations in Tulsa with a wider effort: pending House legislation that would create a commission to study and propose reparations for African Americans.

Through the course of a drizzly afternoon, visitors wearing rain gear walked along Greenwood Avenue, photographing historic sites and markers.

Many took time to read plaques on the sidewalk, naming numerous Black-owned buildings and businesses that were destroyed during the 1921 massacre, and indicating whether they had ever been rebuilt.

Monday’s slate of activities commemorating the massacre was supposed to culminate with a “Remember & Rise” headline event at nearby ONEOK Field, featuring Grammy-award-winning singer and songwriter John Legend and a keynote address from voting rights activist Stacey Abrams. But that event was scrapped late last week after an agreement couldn’t be reached over monetary payments to three survivors of the deadly attack, a situation that highlighted broader debates over reparations for racial injustice.

In a statement tweeted Sunday, Legend didn’t specifically address the cancellation of the event, but said: “The road to restorative justice is crooked and rough — and there is space for reasonable people to disagree about the best way to heal the collective trauma of white supremacy. But one thing that is not up for debate — one fact we must hold with conviction — is that the path to reconciliation runs through truth and accountability.”

On Monday night, the Centennial Commission planned to host a candlelight vigil downtown to honor the victims of the massacre, and President Joe Biden is scheduled to visit Tulsa on Tuesday.