Last year, for the first time in more than a quarter-century, Democrats in Virginia took control of the statehouse and the governor's mansion. Since then, one priority has become clear: expanding voting rights.
Listen now to WTOP News WTOP.com | Alexa | Google Home | WTOP App | 103.5 FM

Last year, for the first time in more than a quarter-century, Democrats in Virginia took control of the statehouse and the governor’s mansion. Since then, one priority has become clear: expanding voting rights.

Other Democratic states also are acting to remove restrictions to the ballot — in marked contrast to many Republican-controlled states that are moving in the opposite direction. Arizona, Florida, Georgia and Iowa have already passed restrictive voting laws; Ohio and Texas are considering their own.

“It was kind of surreal to know that we had the power to change something in 2021 that we had been working on for my entire lifetime,” said Del. Marcia Price, a Virginia Democrat who sponsored the Voting Rights Act of Virginia. “I think the contrast is becoming so clear of what democracy looks like and what impeding democracy looks like.”

More than 800 bills have been filed in 47 states this year with provisions that would expand voting rights, according to the Brennan Center for Justice, a public policy group that advocates for voting access. A majority of the proposals focus on absentee voting, while others are meant to make it easier to register to vote or restore voting rights for those with prior criminal convictions.

At the same time, congressional Democrats in Washington are pushing an overhaul of elections through a proposal that would compel states to offer no-excuse absentee voting, require 15 days of early voting, mandate greater disclosure from political donors and more.

The Voting Rights Act of Virginia requires local election officials to get public feedback or approval from the attorney general before making changes to voting procedures. It also empowers voters and the state to sue in cases of voter suppression at the local level and forbids discrimination in election administration.

The law mirrors parts of the federal Voting Rights Act, in which states and counties with a history of discrimination in voting, including Virginia and some other Southern states, had to receive federal approval before making changes to election law. The U.S. Supreme Court in 2013 threw out that requirement, known as preclearance, effectively gutting the Voting Rights Act.

Democratic states also are introducing legislation to make permanent or build upon procedures that were expanded in 2020, when officials relaxed rules to make voting easier and safer during the pandemic. Elections officials of both parties have said the election ran smoothly, and former President Donald Trump’s attorney general said the Justice Department found no evidence of widespread fraud that would have altered the results.

Similar to Virginia, Connecticut is considering a proposal to create its own voting rights act. A separate bill would make ballot drop boxes a permanent fixture of elections. In Colorado, Democrats are pushing numerous elections bills, including measures to expand ranked-choice voting, encourage colleges and universities to inform students about registering to vote, and put polling centers in low-turnout areas.

The Vermont Legislature is moving a bill that would send general election ballots to all active voters, making permanent a policy used last year during the pandemic. Nevada Democrats are trying to do the same for all elections, with state Assembly Speaker Jason Frierson saying mailed ballots made voting more convenient and accessible.

“The more options that we give our voters, the better off we are as states and the more we’re advancing democracy,” he said.

Democrats in Maryland have passed several bills aimed at making voting easier this year. One wide-ranging bill created a permanent list that any voter can join to automatically get an absentee ballot before each election. It also requires election officials to send absentee ballot applications to all eligible voters before the state’s primary elections in 2022 and 2024 and approve ballot drop box locations.

Republican Gov. Larry Hogan did not act on the bill, instead letting it become law without his signature. He said it would result in ballots being incorrectly mailed to ineligible voters.

“I think the 2020 election was really a game-changer,” said Del. Jheanelle Wilkins, a Democrat who sponsored the bill. “We had vote-by-mail in unprecedented numbers in 2020, and I think also the climate of the 2020 election really showed us how important it is to expand this fundamental aspect of our democracy and to protect the right to vote and reduce any barriers that might be present in terms of freedom to vote.”

Dale Ho, who oversees voting rights for the American Civil Liberties Union, said states should be trying to come up with ways to facilitate voting, not diminish it. 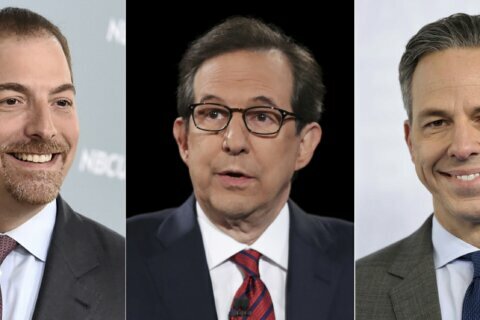 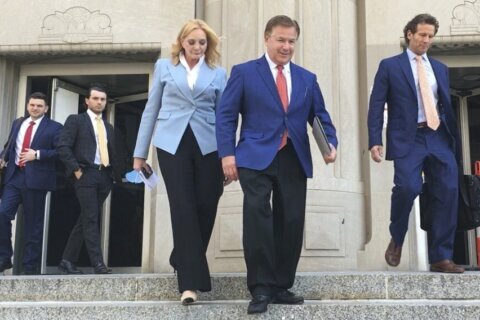 Forced by judge to surrender rifle, McCloskey has a new one 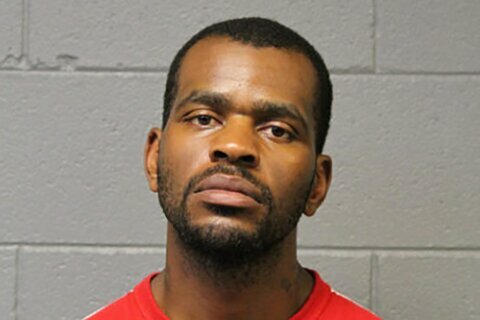