US Rep. Alcee Hastings dies at 84; was impeached as judge

FORT LAUDERDALE, Fla. (AP) — Rep. Alcee Hastings, the fiercely liberal longtime Florida congressman who was dogged throughout his tenure by an impeachment that ended his fast-rising judicial career, died Tuesday. He was 84.

Hastings’ death was confirmed by his chief of staff, Lale M. Morrison. Hastings, a Democrat from the Fort Lauderdale area, announced two years ago that he had pancreatic cancer.

Hastings was known as an advocate for minorities, a defender of Israel and a voice for gays, immigrants, women and the elderly. He held senior posts on the House Rules Committee and the Helsinki Commission, which works with other countries on a variety of multinational issues.

President Joe Biden called Hastings “a trailblazing lawyer” whom he admired for his “singular sense of humor, and for always speaking the truth bluntly and without reservation.”

“Alcee was outspoken because he was passionate about helping our nation live up to its full promise for all Americans,” Biden said in his statement.

House Speaker Nancy Pelosi said Hastings’ “leadership and friendship will be missed by his many friends in Congress.”

But throughout his career, Hastings’ impeachment remained a nagging footnote. It was repeatedly invoked in news accounts and seen as derailing his ambitions for a greater leadership role.

“That seems to be the only thing of significance to people who write,” Hastings told The Associated Press in 2013, predicting that the impeachment would be in the lead paragraph of his obituary.

Despite his seniority, Hastings was passed over for chairmanship of the House Intelligence Committee when the Democrats took control of Congress in 2006. But as he did time and again throughout his life, he insisted his fight wasn’t over and that he wouldn’t be discouraged.

“Sorry, haters,” he said when not chosen for the intelligence posting, “God is not finished with me yet.”

Under Florida law, Gov. Ron DeSantis will call a special election in the coming months to fill the vacancy. Hastings’ district is overwhelmingly Democratic — he received 80% of the vote in November.

Hastings’ death, meanwhile, lowers the Democrats’ majority to a scant 218-211 in the House. Their narrow margin is forcing the party to muster nearly unanimous votes to push legislation through the chamber, and is bolstering Republican hopes for capturing House control in the 2022 elections.

There are six vacancies – four from seats that were held by Democrats, two by Republicans.

The seat won by Rep.-elect Luke Letlow, R-La., who died from COVID-19 before being sworn into office, will go to his widow, Julia Letlow, who won a special election. The rest are expected to be retained by the same parties that had held them.

Born Sept. 5, 1936, in Altamonte Springs, Florida, a largely black Orlando suburb, Hastings was the son of a maid and a butler. He attended Fisk University and Florida A&M. After earning his law degree he went into private practice, frequently taking civil rights cases pro bono. He made an unsuccessful bid for the Senate in 1970, then earned a state judgeship.

In 1979, President Jimmy Carter named him to the federal bench. He was the first Black person to hold a federal judgeship in Florida since Reconstruction.

From the start, his career was marked by controversy. His harsh criticism of President Ronald Reagan, his appearance at a 1984 rally for then-presidential candidate Jesse Jackson and other moves considered unusual for a sitting federal judge raised questions about his impartiality. But Hastings insisted he was doing nothing wrong.

“Outside the courtroom, I speak out because I’m a citizen and I have the interests of a great number people of this country at heart,” he said. “I think it’s better to have public officials express themselves. I don’t think being a judge means I’m neutered.”

It wasn’t long, though, before his judicial career was derailed. He became the first sitting U.S. judge tried on criminal charges.

Along with Washington lawyer William Borders Jr., Hastings was accused of soliciting a $150,000 bribe from two convicted racketeers seeking to shorten their sentences. Hastings contended Borders solicited the bribe without his knowledge.

Borders was convicted and sentenced to five years. Hastings was acquitted, but it didn’t put an end to questions about his ethics, and a judicial panel accused him of fabricating his defense. Though Hastings contended Congress’ actions amounted to double jeopardy, the House impeached him in 1988 and the Senate convicted him in 1989.

A federal judge later reversed the impeachment, saying Hastings was improperly tried by a 12-member panel instead of the full Senate, but his exoneration was short-lived. Ruling later in the case of another ousted judge, the Supreme Court decided 7-2 that courts could not second-guess the Senate’s power to remove federal officials from office.

By then, Hastings had already won a seat in Congress in 1992, taking his oath before the same body that had impeached him.

Like so many other moves in Hastings’ life, his path to Congress had been a high-profile fight. He won the seat after two bitter runoffs fueled by accusations of racism in the largely Black district.

At one point, in his heated race against Lois Frankel, he snapped to a reporter for The Palm Beach Post, “The bitch is a racist.” He went on to win, though, and was easily re-elected time after time.

Frankel earned her own ticket to Congress 20 years later as a Democratic colleague of Hastings. She called him a friend Tuesday.

“He was a fierce fighter for civil rights and racial justice, and a great partner in Congress when it came to serving south Florida,” Frankel said in a statement.

Hastings remained no stranger to controversy, even in recent years. In 2011, a former aide filed a sexual harassment lawsuit against him, claiming he constantly hugged her against her will, pressed his cheek against hers and suggested they go to his hotel room. Hastings called them “ridiculous, bizarre, frivolous” accusations.

The House Ethics Committee cleared Hastings in 2014, finding no “substantial reason to believe” the allegations and “a significant amount of evidence” casting doubt on them.

“I’ve enjoyed some of the fights, and even the process of being indicted and removed from the bench,” he told the AP in 2013. “All of those are extraordinary types of circumstances that would cause lesser people to buckle. I did not and I have not.” 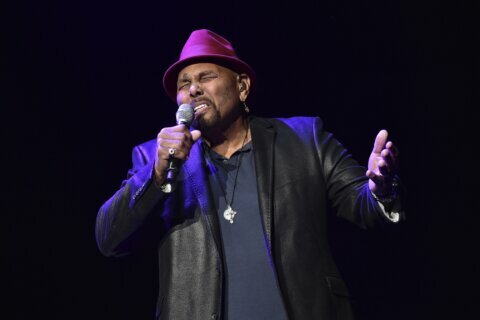 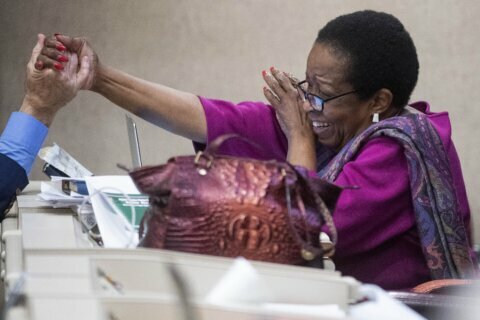