In a new report released Tuesday, the U.S. intelligence community warned of a "diverse array" of global threats that could further destabilize a world shaken by the effects of the COVID-19 pandemic, technological change and international competition.
Listen now to WTOP News WTOP.com | Alexa | Google Home | WTOP App | 103.5 FM

Washington — In a new report released Tuesday, the U.S. intelligence community warned of a “diverse array” of global threats that could further destabilize a world shaken by the effects of the COVID-19 pandemic, technological change and international competition.

The 2021 Annual Threat Assessment, a 27-page unclassified document outlining the collective view of the country’s 18 intelligence agencies, said “the potential for cascading events in an increasingly interconnected and mobile world” would create new and unique challenges, as known adversaries continue to jockey for influence and climate change heightens instability.

The COVID-19 pandemic, the assessment said, would “continue to strain governments and societies, fueling humanitarian and economic crises, political unrest, and geopolitical competition,” even after the broad administration of vaccines.

“The economic fallout from the pandemic is likely to create or worsen instability in at least a few—and perhaps many—countries, as people grow more desperate in the face of interlocking pressures that include sustained economic downturns, job losses, and disrupted supply chains,” the report said.

Intelligence officials said Beijing viewed its competition with the United States as part of an “epochal geopolitical shift” and would continue amassing military, economic and technological prowess to preserve the influence of the Chinese Communist Party.

The country would continue making advancements in space and satellite technologies, with a Chinese space station expected to be operational “between 2022 and 2024,” and pose a “prolific and effective” cyber threat.

“We continue to assess that China can launch cyber attacks that, at a minimum, can cause localized, temporary disruptions to critical infrastructure within the United States,” the report said.

Russia will grow its “strategic cooperation” with China and present “one of the most serious intelligence threats to the United States,” officials said, noting Moscow interfered in U.S. elections in 2016, 2018 and 2020.

“Moscow almost certainly views US elections as an opportunity to try to undermine US global standing, sow discord inside the United States, influence US decisionmaking, and sway US voters,” according to the assessment.

Iran, intelligence officials assessed, is “not currently undertaking the key nuclear weapons-development activities that we judge would be necessary to produce a nuclear device” – but had resumed some activities in violation of the terms of the 2018 nuclear agreement.

Tehran will continue to deploy conventional and unconventional tools to undermine the United States, the report said, and remain a “significant threat” in the cyber domain.

North Korea’s nuclear ambitions, according to the assessment, remain constant. Kim Jong Un, its leader, “probably does not view the current level of pressure on his regime as enough to require a fundamental change in its approach.” The cyber and conventional military threat from Pyongyang, officials said, would grow.

In a statement accompanying the report, Director of National Intelligence (DNI) Avril Haines said the U.S. public “should know as much as possible about the threats facing our nation and what their intelligence agencies are doing to protect them.”

“This report provides transparency to Congress and our nation’s citizens with the aim of bolstering trust in our work and institutions,” she said. 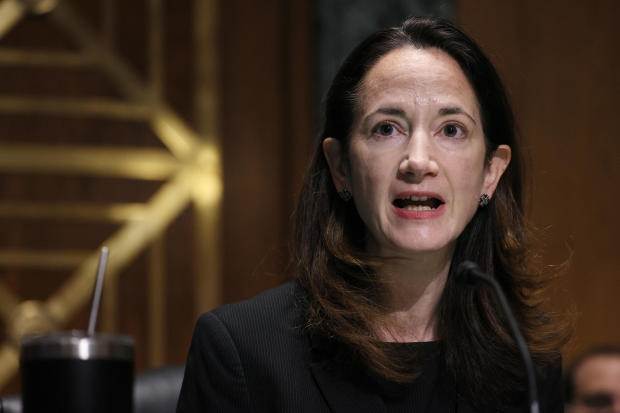 Haines and the leaders of key U.S intelligence and national security agencies are expected to testify on the assessment and other threats before two congressional committees on Wednesday and Thursday — marking the first such public appearance in more than two years.

Known as the Worldwide Threats Hearing, the joint appearance has traditionally served as an opportunity for U.S. national security leadership to identify top areas of concern and explain how their respective agencies are positioned to confront global challenges.

The directors are expected to field questions on the broad range of threats outlined in the report, but may also be pressed on specific issues like fallout from the SolarWinds and Microsoft Exchange cyber intrusions, Iran’s nuclear centrifuge testing and the heightened threat from domestic violent extremism.

The hearing, a years-long annual tradition, did not take place at all in 2020, after protracted negotiations between then-DNI John Ratcliffe and the committees about the format of the event ended in a stalemate. Though the hearing has typically taken place in two parts — a public, open session with agency leaders providing opening statements and engaging in a question-and-answer period, followed by a session where classified matters are discussed behind closed doors — Ratcliffe pushed for the committees to accept a prepared opening statement but hold the entirety of question-and-answer sessions behind closed doors.

Officials familiar with the discussions said the push for an altered format was in part to avoid stoking the ire of then-President Donald Trump, who publicly criticized the assessments presented by his intelligence chiefs at the January 2019 hearing — the last one to be held publicly.

Congress has since mandated that the intelligence community provide an annual, written threat assessment and that the heads of relevant agencies appear for public testimony.

The 2019 assessment warned of a strategic rapprochement between Russia and China, whose geopolitical interests, intelligence leaders warned, could increasingly align. It also said election interference would be on the rise and that cyber intrusions would threaten “both minds and machines in an expanding number of ways.”

The assessment also warned of the potentially devastating effects of a pandemic, to which it said the United States remained “vulnerable.”

“We assess that the United States and the world will remain vulnerable to the next flu pandemic or largescale outbreak of a contagious disease that could lead to massive rates of death and disability, severely affect the world economy, strain international resources, and increase calls on the United States for support,” the 2019 assessment said.

“These challenges will repeatedly test the resilience and adaptability of communities, states, and the international system, often exceeding the capacity of existing systems and models,” that report said. “This looming disequilibrium between existing and future challenges and the ability of institutions and systems to respond is likely to grow and produce greater contestation at every level.”