Paisley Park, where Prince lived and worked, will welcome back a select 1,400 fans Wednesday to mark the fifth anniversary of his death from inside his creative sanctuary.
Listen now to WTOP News WTOP.com | Alexa | Google Home | WTOP App | 103.5 FM
(1/11) 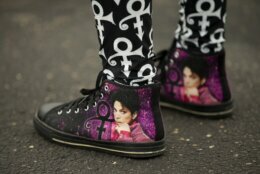 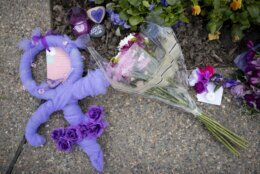 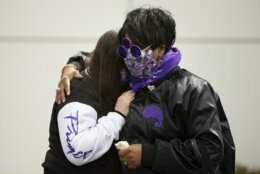 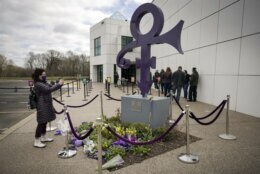 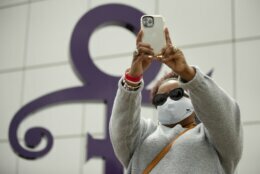 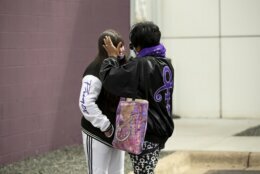 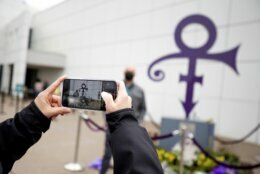 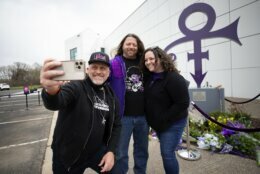 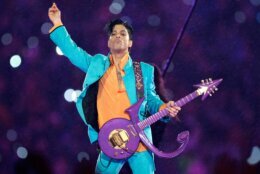 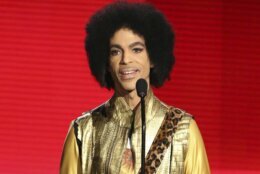 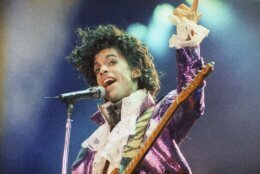 CHANHASSEN, Minn. (AP) — Paisley Park, where Prince lived and worked, welcomed back select fans Wednesday to mark the fifth anniversary of his death from inside his creative sanctuary. Some wore custom Prince clothes and shoes and left flowers and other mementos as tributes to the late superstar.

The sprawling studio’s atrium opened to 1,400 people who were able to snag free reservations, while other fans paid their respects in front of a statue erected outside the front doors in the shape of his famous purple Love Symbol.

A custom-made ceramic urn shaped like Paisley Park with Prince’s symbol on top was originally placed in the middle of the atrium when the pop legend’s 65,000-square-foot studio in suburban Minneapolis first opened as a museum in October 2016. At the request of Prince’s family, the ashes were moved to a less prominent spot in the atrium and eventually removed entirely from public view, disappointing the superstar’s legions of fans.

Wednesday was the first time the urn has returned to the atrium for display to the public.

“He reached me through his music and through his words and everything. My daughters, I raised them with the love of Prince,” said Raquel Ponce of Mason City, Iowa. She noted while fighting back tears that she tried to give birth to one of her daughters on the singer’s birthday, but missed that mark by a day.

Prince died April 21, 2016, of an accidental fentanyl overdose at age 57, shocking fans and setting off waves of grief around the world. Since then, Paisley Park was turned into a museum and paid tours were created. Tours were shut down for the day to mark the fifth anniversary.

“We celebrate his life and legacy every day at Paisley Park, a place that Prince wanted to share with the world,” Paisley Park Executive Director Alan Seiffert said in a statement. “So, on this day especially, we acknowledge the incredible force and inspiration Prince is in people’s lives and open up our doors for them to pay their respects.”

Pepe Willie, Prince’s uncle and an early music mentor, still tears up when he thinks of the lost star.

“It was devastating,” he recently told The Associated Press of the moment he learned the news. “I’m standing in the living room with my underwear on watching the TV. I couldn’t go anywhere, I couldn’t do anything. I was just in so much shock. It was unbelievable.”

Known as the “godfather of the Minneapolis sound,” he met Prince as a young musical prodigy after marrying his aunt. The pair developed a bond through music, with Prince soaking up his knowledge about the music business and playing for Willie in a recording studio.

“I cried for him so hard,” Willie said. “I didn’t even cry at my father’s funeral.”