TALLAHASSEE, Fla. (AP) — Florida Gov. Ron DeSantis has received a single-dose coronavirus vaccine, his office confirmed Wednesday. He did so out of the public eye even as governors elsewhere across the political spectrum have been vaccinated publicly to reassure Americans that the shots are safe.

The spokesperson, Meredith Beatrice, acknowledged the governor’s vaccination during an interview. The disclosure came after a DeSantis news conference at the Capitol assailing the TV news program “60 Minutes” for a story airing Sunday that suggested a “pay-to-play” vaccine distribution deal with a supermarket chain that donated to the governor’s political committee.

DeSantis had recently said he would be vaccinated soon — but no announcement was made by his office when he received it and no journalists were on hand. Even some of his top lieutenants said they were unaware the governor had been vaccinated as they continued to urge Floridians to get inoculated against a virus that has killed nearly 34,000 people statewide. More than 2 million people in Florida have been infected.

Many governors of both parties have drawn public attention to their vaccinations, hoping that will help convince more people to get the shot — allowing their states and the country to more quickly achieve herd immunity, even if it is not known what percentage of the population needs to be vaccinated to stop the spread of the virus.

Trump has in fact urged people to get vaccinated, but he hasn’t been among other public officials — including former presidents — to get vaccinated on camera. He was vaccinated in private before leaving the White House for Florida in January.

It was unclear whether Florida’s governor had intended to publicly announce that he had been vaccinated. The news was revealed during a casual conversation between The Associated Press and the governor’s spokeswoman, who then declined to answer questions. She later confirmed in an email that DeSantis, who is preparing to run for reelection and is said to be considering a run for president in 2024, had been vaccinated last week with the Johnson & Johnson vaccine.

DeSantis had previously said he preferred getting the Johnson & Johnson vaccine because it requires just one dose, unlike the two-shot regimen required by the two other vaccines approved for use in the U.S.

DeSantis is now one of more than 6.6 million Floridians, less than a third of the state’s population, who have been vaccinated. Florida earlier this week opened vaccinations to anyone over age 16 as the state attempts to reach so-called “herd immunity.”

Some governors, including DeSantis, had not rushed to get vaccinated, saying they would wait their turn. But eligibility requirements are now nearly universal — except for children under the age of 16.

Last month, Tennessee Gov. Bill Lee was vaccinated without fanfare, and only revealed it when asked by a reporter.

South Dakota Gov. Kristi Noem, another Trump ally, was vaccinated this week with little ado. When the state opened vaccines to anyone 16 and older on Monday, she posted a photo on Twitter of herself receiving a shot. By comparison, the state’s sole congressman, Rep. Dusty Johnson, invited journalists on Tuesday to cover him going through the vaccination process, saying it was a way to encourage people to get shots.

Other Republican governors have been more public.

Oklahoma’s Kevin Stitt, a Republican who in July became the first U.S. governor to announce testing positive for COVID-19, flashed a thumbs up to reporters after getting his shot late last month. “I think that me being here as the governor of a state like Oklahoma, hopefully I can encourage others to follow my lead,” he said at the time.

California Gov. Gavin Newsom, who faces a recall because of his handling of the outbreak, received the Johnson & Johnson jab last week in a livestreamed event. His state pushed to get more people protected against the virus and as Newsom tries to regain his political footing.

Associated Press reporters from across the country contributed to this report. 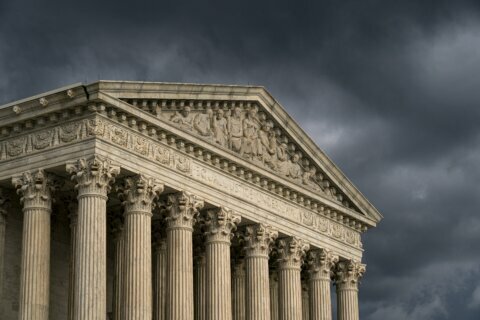 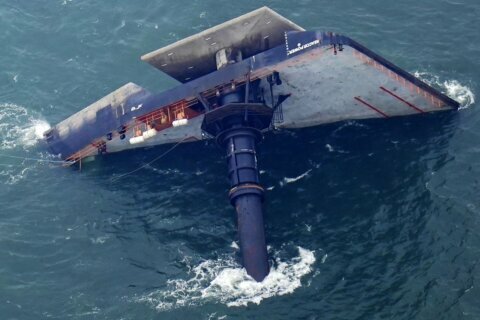 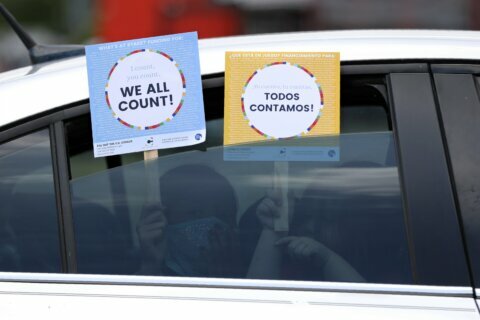