The Labor Department’s producer price index, which measures inflation before it reaches consumers. increased by 0.5% last month following a record jump of 1.3% the month before.

Price increases slowed despite a 6% surge in energy last month, which followed a 5.1% jump in January, the Labor Department said Friday.

Over the past year, wholesale prices are up 2.8%, the largest 12-month gain at the wholesale level in more than two years. Core inflation, which excludes volatile food and energy, rose 2.5% over the past 12 months.

Both readings are above the Federal Reserve’s 2% target for inflation. Some economists fear that inflation, which has been dormant over the past decade, could begin to rise under the extra demand generated by the government’s new $1.9 trillion stimulus package signed into law Thursday.

Others disagree, pointing out that there are 9.5 million fewer jobs in the American economy than there were before the pandemic hit a year ago, and argue that unemployment will keep a lid on inflation.

“While underlying price pressures will inevitably heat up amid a healthier, fiscally stimulated economy … we believe inflation is unlikely to spiral out of control,” said Mahir Rasheed, a senior economist with Oxford Economics. “The Fed should therefore look through the transitory spike and stick to a very dovish policy.”

Fed policymakers meet next week and the expectation is that they will keep their benchmark policy rate unchanged at a record low of zero to 0.25%.

Fears of higher inflation have driven interest rates on bonds higher in recent weeks but Fed officials including Chairman Jerome Powell have insisted that while inflation may jump temporarily this spring as the economy re-opens, they see no signs of sustained price increases.

For February, food costs at the wholesale level rose 1.3%, the biggest monthly gain since September. A total of 40% of the rise in goods prices in February was attributed to a 13.1% jump in gasoline prices.

The jump in food costs was driven by higher prices for beef and eggs while the cost of fresh and dry vegetables fell by 16.7%.

Earlier this week, the U.S. reported that consumer prices rose 0.4% in February, the biggest gain in six months, also because of rising energy prices. However, core inflation at the consumer level posted a much smaller 0.1% gain. 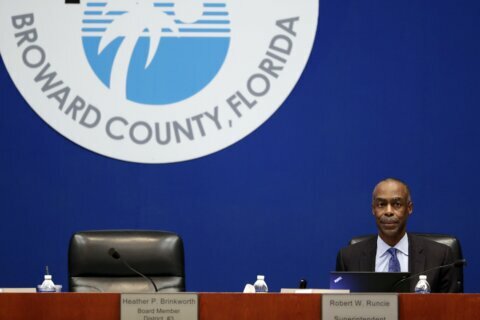