COLUMBUS, Ohio (AP) — Legislative testimony made Wednesday in support of a GOP-backed effort to limit public health orders made by Ohio’s governor was removed from YouTube after the service deemed it contained COVID-19 misinformation.

The Google-owned platform said it removed content that was uploaded this week to The Ohio Advocates for Medical Freedom channel for violating the company’s terms of services.

The video showed Thomas Renz, an attorney for Ohio Stands Up, a citizen group, make the opening testimony during a House committee hearing on a bill that would allow lawmakers to vote down public health orders during the pandemic.

In the more than 30-minute testimony, Renz made a number of debunked or baseless claims, including that no Ohioans under the age of 19 have died from COVID-19 — a claim that has been debunked by state data.

“We have clear Community Guidelines that govern what videos may stay on YouTube, which we enforce consistently, regardless of speaker,” Ivy Choi, a spokesperson for Google, told The Associated Press. “We removed this video in accordance with our COVID-19 misinformation policy, which prohibits content that claims a certain age group cannot transmit the virus.”

In an email response, Renz told AP, “ We strongly stand behind our claims and are considering our options,” and asserted that the group’s data is supported by scientific research.

The removal, first reported by Ohio Capital Journal, comes days after the Republican lawmakers in the Senate passed a bill that would establish “checks and balances” on fellow GOP Gov. Mike DeWine’s ability to issue and keep in place executive action during the coronavirus pandemic.

Proponents of the bills in the House and Senate believe DeWine and the state health department have issued orders during the last 11 months of the pandemic that have remained enacted for longer than necessary and, as a result, have unduly damaged small businesses and the state’s economy.

Opponents called it unconstitutional and warned it would decentralize the state’s response during an emergency and cost lives in the process.

“This bill is extremely dangerous. We are in a 100-year pandemic,” Democratic Sen. Cecil Thomas said Wednesday. “People are still dying as a result of this particular pandemic. This is not just a state of emergency for our storm or a flood or whatever the case may be. This is a state of emergency, because the virus is killing Ohioans.”

Renz was among several Ohioans who filed a lawsuit in September to overturn emergency health orders made by DeWine and the state department of health in response to the coronavirus pandemic.

Ohio Advocates for Medical Freedom members have been frequent guests at the Ohio Statehouse, testifying in support and against a number of COVID-19 related bills, including one accusing the state department of health of “whitewashing” virus data. 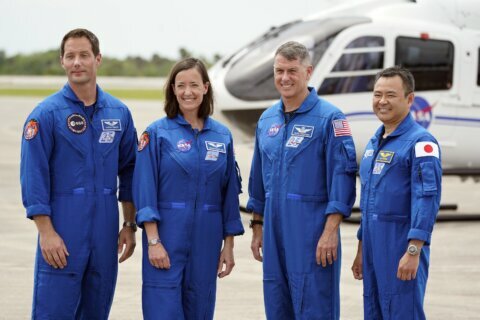