An Arizona woman charged in connection with the Jan. 6 onslaught of the U.S. Capitol bragged in a Snapchat video that she was recently recruited by a Kansas City chapter of the Proud Boys, a neofascist organization that describes itself as “Western chauvinists” and has long forbidden female members.
Listen now to WTOP News WTOP.com | Alexa | Google Home | WTOP App | 103.5 FM
(1/4) 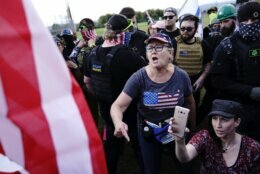 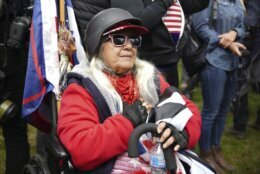 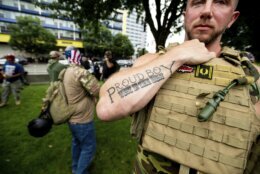 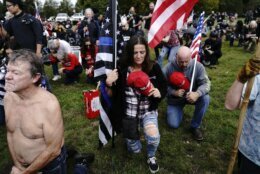 BELLE PLAINE, Kan. (AP) — An Arizona woman charged in the Jan. 6 onslaught of the U.S. Capitol bragged in a Snapchat video that she was recently recruited by a Kansas City chapter of the Proud Boys, a neofascist organization that describes itself as “Western chauvinists” and has long forbidden female members.

Felicia Konold’s claim that the chapter recruited her and she was “with them now,” even though she’s not from the Kansas City area, has intrigued experts who study extremist right-wing movements.

“It is ironic that such a deeply misogynistic organization has attracted someone who is a woman to join their organization,” said Eric Ward, a senior fellow with the Southern Poverty Law Center. “It tells us there is dissention in the ranks of Proud Boys right now.”

Details of the video surfaced last week in a probable cause affidavit against Konold, 26, of Tucson, who is charged with conspiracy, civil disorder and other federal charges stemming from the melee.

Konold sounded almost euphoric in the Snapchat video she posted after the Capitol attack, saying she never could have imagined having such an influence on the events that unfolded that day. She laughingly references “all my boys, behind me, holding me up in the air, pushing back. We (expletive) did it!”

In order to seemingly prove her point that she had just been “recruited into a (expletive) chapter from Kansas City,” she displayed on the video a two-sided “challenge coin” that appears to have markings that designate it as belonging to the Kansas City Proud Boys.

The challenge coin denotes membership, something that seems to go against the rhetoric about women from the organization’s national leadership, Ward said.

“The fact she has that coin, the challenge coin, tells me there is something happening around gender in the Proud Boys — and it is something worth paying attention to,” said Ward, who is also the executive director of the Western States Center, a civil rights advocacy group that works to advance gender equity.

The Proud Boys’ social media channels quickly responded, calling auxiliary groups such as Proud Boy’s Girls or Proud Girls “ridiculous ideas.” “Don’t ride our coattails,” one post read. “Want to support us? Get married, have babies, and take care of your family.”

Alex DiBranco, executive director of the Institute for Research on Male Supremacism, said there are differences among Proud Boys chapters over whether to embrace women as Proud Girls, even as the group as a whole has become more hostile to women’s auxiliaries in recent years. Mothers of Proud Boys have posted about Proud Boys gatherings they hosted for their sons.

But DiBranco said the people in her group who have worked on this topic are still unaware of a situation where a woman was actually recruited to be a member of a Proud Boys’ chapter itself, which is strictly against the Proud Boys rules.

Cassie Miller, a senior research analyst for the Southern Poverty Law Center, said that for a period of time there were auxiliary groups of Proud Boys’ Girls made up of the wives and girlfriends of members, but they were not allowed full membership within the group. As far as she knows, none of those auxiliary groups are active right now.

“The group has been very clear from the beginning it is an organization for men only and they hold misogynistic believes and believe that women are best suited for domestic labor and should act as mothers and homemakers,” Miller said.

Neither her attorney, Victoria Brambl, nor her father responded to messages seeking comment. The siblings are scheduled to be released to electronically monitored home detention on Thursday. Brambl asked a magistrate judge Wednesday that her client be allowed to possess a gun while she remains in custody because she lives in a rural area with a lot of crime. The judge refused.

The Proud Boys have been known to incite street violence with counterprotesters. The group gained widespread attention during a presidential debate in September when then-President Donald Trump famously told them to “stand back and stand by.”

Prosecutors allege that, beginning in December, the Proud Boys encouraged its members to attend the Jan. 6 demonstration in Washington, D.C. A large group of them, including Felicia Konold and other members of the Kansas City cell, was captured on video marching together and later entering the U.S. Capitol.

While there were plenty of white women at the Jan. 6 protests, white supremacists groups are generally dominated by white men, DiBranco said. Conspiracy theorists, such as followers of QAnon, tend to be popular with women, but Proud Boys supporters and QAnon supporters come together at these types of protests. The movement against vaccinations is dominated by women.

“Those lockdown protests exposed their members to these elements of a far-right coalition that these women might not otherwise be a part of,” DiBranco said. “Women may have moved from anti-vaxxer into QAnon and other kinds of conspiracies.” 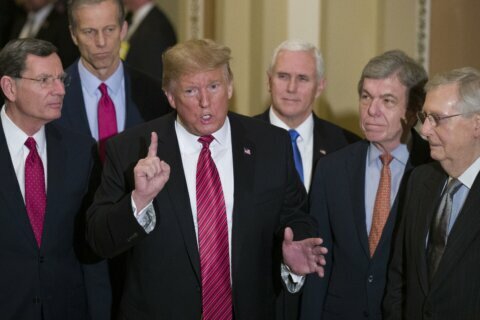 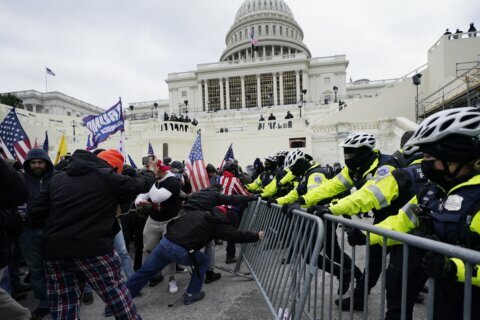 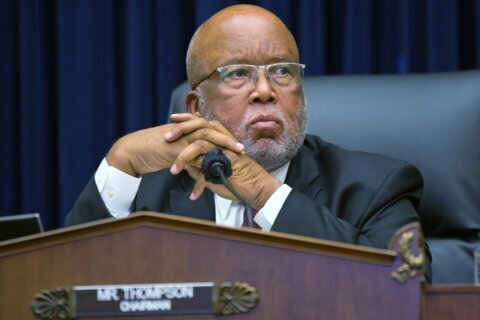