WASHINGTON (AP) — State and local governments will be required to spend a portion of nearly $1.9 billion in annual federal public safety grants on the fight against domestic extremism and improved cybersecurity, the Department of Homeland Security said Thursday.

The requirement reflects the security priorities of President Joe Biden’s new administration as it confronts a growing threat from extremists and the fallout from a suspected Russian hack of government and private-sector computer networks.

Secretary of Homeland Security Alejandro Mayorkas said it was the first time since the agency, which was created in response to the Sept. 11, 2001, terrorist attacks, had directed that domestic violent extremism be specified as a national priority in programs to help state and local law enforcement agencies respond to emergencies.

“Today the most significant terrorist threat facing the nation comes from lone offenders and small groups of individuals who commit acts of violence motivated by domestic extremist ideological beliefs,” Mayorkas said in announcing the shift.

State and local government agencies will still have leeway. DHS will require that 7.5% of the grants be devoted to detecting and protecting against domestic extremism and an equal portion for cybersecurity, including to conduct risk assessments and training.

DHS will also now prohibit using the grants to buy military equipment, including grenade launchers, bayonets and “weaponized” aircraft, Mayorkas said. The use of such weaponry, which became increasingly prevalent after the Sept. 11 attacks, has been criticized as unnecessary and leading to the militarization of local law enforcement.

Mayorkas said DHS will continue to support the purchase of equipment that has “demonstrable impact on enhancing the safety of law enforcement and members of the public,” without specifying what that might entail.

About half of the money covered comes from two widely used grants: the State Homeland Security Program and the Urban Area Security Initiative. Both are administered by the Federal Emergency Management Agency.

That translates into at least $77 million to address domestic extremism, funds that Mayorkas said can be used to improve intelligence sharing across state lines, training and public awareness. It’s not new money, since it was appropriated last year, and more is needed, but it will still be useful given the widespread nature of the threat, said Tom Warrick, a former DHS deputy assistant secretary for counterterrorism policy.

The requirement should “get state and local governments thinking creatively how to address these threats,” said Warrick, now with the Atlantic Council.

The set-aside for cybersecurity comes as U.S. authorities and private security firms are still working to determine the scope of the suspected Russian hack, a breach first detected in December of at least nine government agencies and about 100 companies. Local governments have also been increasingly targeted by ransomware attacks.

The agency was also accused by a whistleblower, in a complaint that is still being investigated by the Office of the Inspector General, of downplaying the danger to avoid angering then-President Donald Trump.

In the wake of the Jan. 6 insurrection, Republicans and Democrats in Congress have called for increased focus on domestic extremism.

“The irrefutable fact is that the threat of right-wing and, more specifically, white nationalist terrorism has been growing for years,” Rep. Bennie Thompson, the chairman of the House Homeland Security Committee, said at a recent hearing. “The previous administration failed to address this threat appropriately, and on Jan. 6, we saw the result right here at the United States Capitol.” 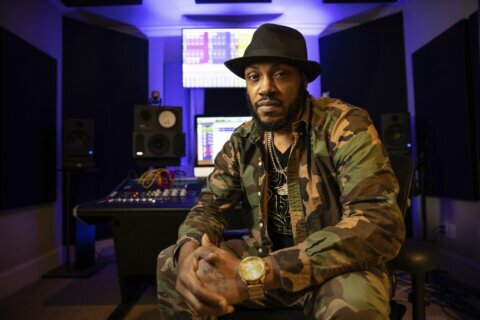