Edward Guerra Kodatt submitted his resignation to the House clerk Wednesday morning, according to Democrat Emanuel “Chris” Welch of Hillside, citing a spokesman for the new House speaker. Kodatt quit just three days after he was chosen from among 10 candidates to replace Madigan, a Democrat from the Southwest Side of Chicago who had held the post for more than 50 years.

“After learning of alleged questionable conduct by Mr. Kodatt, it was suggested that he resign as state representative for the 22nd District. We are committed to a zero tolerance policy in the workplace,” Madigan and Chicago Alderman Marty Quinn, who share office space, said in a statement.

They did not elaborate on the allegations against Kodatt, who was previously a bilingual outreach and budget assistant in Madigan and Quinn’s constituent services office.

Technically, Madigan’s replacement is chosen by ward committee members for the 22nd House district — volunteer Democratic Party officials responsible for organizing elections and boosting turnout. But Madigan, committeeman for the 13th Ward since 1969, controls 56% of the weighted vote, based on the number of ward votes cast for the seat in the 2020 election. So, he single-handedly chose Kodatt and retains that control for another selection hearing scheduled Thursday morning.

The 26-year-old Kodatt’s rise and demise marked another curious turn in the meteoric crash of Madigan’s own career. The product of the old-style Chicago political machine, Madigan was head of the House for all but two years since 1983, the longest-serving legislative leader in U.S. history. But utility company ComEd admitted in a deferred prosecution agreement with federal prosecutors last summer that it engaged in a yearslong bribery scheme to influence Madigan for favorable legislation.

After that, support for Madigan, 78, began to peel away, with 19 formerly loyal Democrats announcing they would not support him for a 19th term at the helm. He failed to collect the necessary 60 votes in January and suspended his campaign while the caucus coalesced around Welch. Madigan then resigned his job as state representative last week and relinquished control of the state Democratic Party by stepping aside as its chairman on Monday.

Enthusiasm for Madigan had been deteriorating since the resurgence of the #MeToo movement more than three years ago, with critics questioning his handling of reported incidents of sexual harassment, bullying and intimidation by campaign workers, lawmakers, and legislative staff, including Madigan’s longtime chief of staff, Timothy Mapes, who was forced to resign in June 2018.

One highly publicized case involved Kevin Quinn, a Madigan political consultant and Marty Quinn’s brother. Veteran campaign worker Alaina Hampton complained in early 2018 that Madigan and party officials had reacted too slowly after she reported that Quinn had sent her unwanted text messages commenting on her appearance and asking her for dates, beginning in 2016 and continuing despite her requests that he stop.

She reported Quinn to Marty Quinn, his supervisor, in February 2017 and later wrote Madigan a letter, but Kevin Quinn was not fired until after Hampton quit her campaign job and was about to go public.

In November 2019, Hampton received $275,000 in settling a federal lawsuit against several Madigan political committees alleging her complaints about Quinn halted her career advancement. 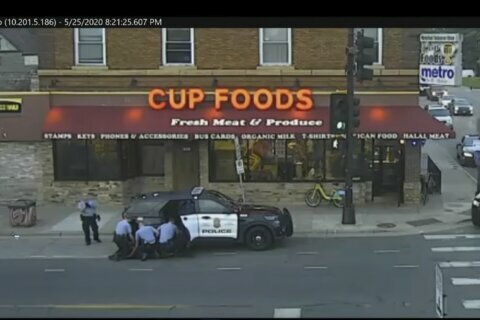