MIAMI (AP) — A federal judge has urged the Justice Department to open an internal probe into possible misconduct by a team of high-profile prosecutors in New York for withholding key evidence in the case of an Iranian businessman charged with breaking U.S. sanctions.

Judge Alison Nathan said in a ruling Wednesday that she found no evidence that prosecutors from the terrorism and international narcotics unit in the southern district of New York intentionally withheld key evidence or misled the court in the case against Ali Sadr Hashemi Nejad.

Nonetheless she viewed the errors — which included a prosecutor’s suggestion that the government “bury” a key document — severe enough to warrant a “full investigation” by the Department of Justice’s Office of Professional Responsibility. She also granted a request by The Associated Press to unseal documents in which prosecutors were ordered to explain their mishandling of the evidence.

“Accountability and reform can also come from sunlight,” Nathan ruled.

“The prosecutorial misconduct in this case is of exceptional public interest, bearing both on the fair administration of justice for criminal defendants and the efficacious prosecution of violations of federal law.”

A spokesperson for U.S. Attorney Audrey Strauss in Manhattan declined to comment.

Sadr was found guilty last March of using a network of front companies to funnel through U.S. banks more than $115 million in payments related to a construction project in Venezuela to his family’s business in Iran, in violation of U.S. sanctions. He faced a maximum of 125 years in prison for charges including money laundering and bank fraud.

Then, as Sadr was awaiting sentencing, prosecutors suddenly dropped the charges while revealing what they called “disclosure-related issues” that they acknowledged would’ve altered Sadr’s defense strategy.

Judge Nathan at the time excoriated prosecutors for the abrupt reversal and what she called “patterns” in the mishandling of evidence that possibly extended beyond this single case. In an unusual move, she ordered prosecutors to come clean and explain their actions, in writing and under oath.

The AP last October intervened in the case to ask the judge to make public the declarations filed under seal by six prosecutors, including Emil Bove and Shawn Crowley, who headed the unit at the time of the Sadr trial. As a result of Nathan’s order, prosecutors have until Feb. 24 to propose redactions or comply. Crowley has since moved into private practice while Bove remains co-head of the unit.

The embarrassing revelations in the case led the U.S. attorney in Manhattan to reinforce training for prosecutors and investigators. Under what’s known as Brady rules, prosecutors are required to hand over to defendants evidence that may help them prove their innocence.

The judge’s unusual reprimand also reverberated in several other sanctions cases in New York, including one involving late disclosures of evidence taken from the computer of a Venezuelan pilot who had worked for years as a government informant but was later found to have lied to his handlers.

Christine Chung, an attorney representing a defendant fingered by the Venezuelan informant, said prosecutors dodged a bullet in not facing a more severe sanction from the judge.

“It’s cold comfort that there wasn’t intentional misconduct when the prosecuting office that considers itself the best in the nation fails to turn over exonerating evidence because of ‘grave’ and ‘systemic’ failure,” said Chung, who previously worked in the same federal prosecutors’ office.

“The sworn declarations of the individual prosecutors, when unsealed as the court ordered, will presumably make even clearer just how bad those system failures were.” 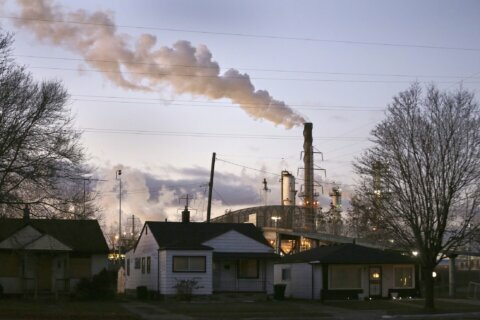