Actor Sean Patrick Leonard said it was a role in a Chicago play that explored racism and healing that changed his life.

“We spent the better part of like four months talking about racism,” he said. “There was a lot of listening happening on my end. And I think it really awakened me.”

The play was part of the theater group Collaboraction, which aims to spark dialogue about race through art. But with theaters dark due to the coronavirus pandemic, the group moved monthly dialogues to Zoom. During one of the discussions they talked about white supremacy. 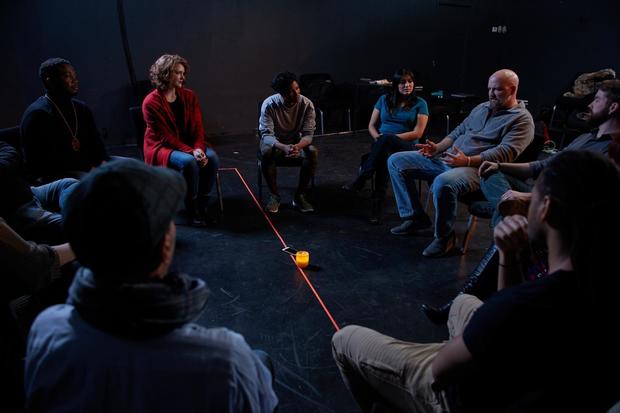 Chicago theater group Collaboraction is confronting racism by having tough conversations about biases.

Collaboraction is led by Anthony Moseley and Marcus Robinson. Moseley started the monthly meetings, after his own awakening, to help people confront their biases.

“I catch myself having knee jerk, racist and misogynistic thoughts. That’s how deep the programming is. But you know what? I’m aware I’m having them. So that is a victory,” said Moseley, the artistic director at Collaboraction.

Robinson, the executive director, said the meetings are “a place where people can gather White, Black, Brown, Asian, whatever, to begin to have dialogue.” “It’s about how the culture of our country has been shaped to favor some groups and disfavor others,” he said.

For Leonard, these conversations help him understand others people’s struggles. “I can only imagine what so many others have gone through and continue to go through,” he said. “And I can use that. To help others. And that’s what I want to do.”

One conversation at a time toward a more perfect union.