Capitol riot suspect texted his ex. She reported him to the FBI.

Richard Michetti texted his ex during the Capitol riot to say she was "a moron" if she didn't believe the election was stolen. She turned him in.
Listen now to WTOP News WTOP.com | Alexa | Google Home | WTOP App | 103.5 FM

▶ Watch Video: New study looks at the demographics of those who stormed the U.S. Capitol

Richard Michetti texted his ex during the Capitol riot to say she was “a moron” if she didn’t believe the election was stolen. She turned him in.

Michetti is now facing charges for his alleged conduct January 6 after prosecutors said someone with whom Michetti had a “prior romantic relationship” shared with law enforcement texts and videos that he’d sent her during the attack.

“If you can’t see the election was stolen you’re a moron,” Michetti texted her that day.

Michetti was charged with entering or remaining in restricted building or grounds, violent entry and disorderly conduct on Capitol grounds, obstruction of justice as well as a charge making him punishable as a principal.

Prosecutors listed a series of texts that Michetti sent his ex as he made his way to the U.S. Capitol.

The woman told law enforcement that Michetti was in Washington on January 6 because he believed the election was stolen from then-President Donald Trump. 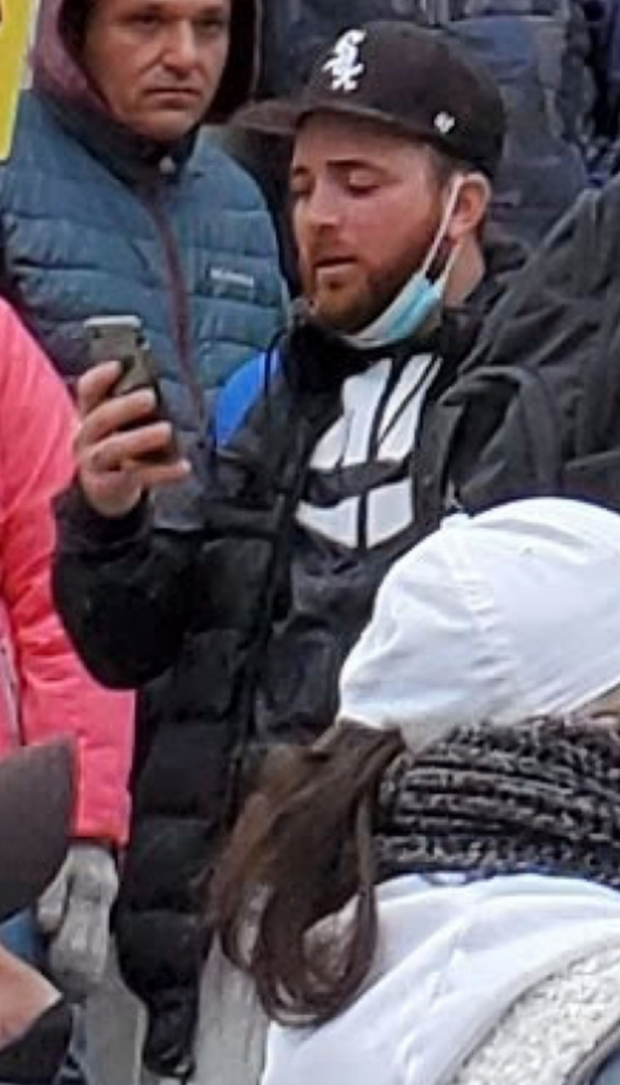 Prosecutors say this photo, submitted to the FBI through their tip line, shows Richard Michetti standing on the U.S. Capitol steps January 6.

At around 6:04 p.m., he sent a series of text messages to his ex. One said: “I understand your point but what I’m saying is [ex’s name] the election was rigged and everyone knows it. All’s we wanted was an investigation that’s it. And they couldn’t investigate the biggest presidential race in history with mail in ballots who everyone knows is easy to fraud.”

In fact, Attorney General William Barr authorized U.S. attorneys across the country to “pursue substantial allegations” of voting irregularities in the 2020 election, but the Justice Department uncovered no evidence of widespread fraud that would change the outcome of the election. Election officials in individual states also conducted their own audits and recounts, which did not find fraud or change the outcome of the election.

“This is our country do you think we live like kings because no one sacrificed anything?” Michetti said in texts to his ex. “…the vote was fraud and trump won but they won’t audit the votes. We are patriots we are not revolutionaries the other side is revolutionaries they want to destroy this country and they say it openly.”

He also wrote, “This is tyranny they say there and told us ‘we rigged the election and there’s nuthin you can do about it’ what do you think should be done?”

In his texts, prosectors say, Michetti detailed what he was doing on January 6, sending his ex videos of rioters yelling inside the Capitol building.

“…it’s going down here we stormed the building they held us back with spray and teargas and paintballs,” he wrote. “Gotta stop the vote it’s fraud this is our country.”

He told his ex, “my eyes are burnitin” [sic] and “thousands of people storming.”

A number of Capitol riot suspects have been reported to law enforcement by an ex or family member. Riley Williams, accused of stealing Nancy Pelosi’s laptop during the riot, surrendered to authorities after her ex called the FBI multiple times to report having seen her in videos inside the Capitol. Guy Reffitt, who was indicted on charges including obstruction of justice, allegedly threatened his son and daughter after his son spoke to the FBI about his actions.

Clare Hymes contributed to this report.