Tropical cyclones are nearing land more, except in Atlantic

Tropical cyclones across the globe, except Atlantic hurricanes, are moving closer to land in recent decades, a new study found.

Also called typhoons, tropical cyclones generally have been moving westward by about 18 miles per decade (30 kilometers) since 1982, putting them closer to land and making them more dangerous, a study in Thursday’s journal Science said. Each decade since the 1980s, an additional two cyclones have come within 124 miles (200 kilometers) of land, the study said

Researchers don’t quite know why this is happening, but it adds to other ominous trends in cyclone activity. Past studies have found that the most intense storms are getting stronger and storms in general are getting wetter, shifting poleward, moving slower and are keeping their power longer after hitting land.

But while the new study found storms are getting closer to land, researchers still haven’t seen a significant increase in landfalls, which “is still a puzzle,” said study lead author Shuai Wang, a cyclone scientist at Imperial College in London.

“It’s not only the landfall that causes damage. When the cyclone is close enough to land it can also cause damage like Hurricane Sandy and Dorian a few years ago,” Wang said, who also mentioned 2019’s Typhoon Lekima, one of the costliest in Chinese history. “If you look at the track before the final landfall, those cyclones skirted along the U.S. coast for a long time and that certainly caused damage. That’s one reason why we look at coastal activity.”

It’s mysterious that, unlike other areas, the Atlantic hurricane basin didn’t show any significant westward shift, but that could be because the Atlantic hurricane zone is more closely surrounded by continents, Wang said. The busiest tropical cyclone basin is in the western Pacific, where there are the most landfalls and the shift westward is twice as big as the global average.

Wang and his colleagues are still trying to figure out why this westward shift is happening. Storms generally move east to west because of trade winds in the tropics, so a greater westward shift usually puts them closer to where the land is, Wang said. Storms that form just west of land, such as in the Pacific off the California and Mexican coasts, are usually moving away from land already, so this shift doesn’t spare more land.

Changes in atmospheric currents that steer storms tend to be pushing cyclones farther west, but why is still an open question, Wang said. He said it could be only partly explained by some natural long-term climate cycles.

Other shifts in atmospheric patterns have been connected to human-caused climate change and that’s a possible factor in the shift but not something researchers can prove yet, he said.

Massachusetts Institute of Technology hurricane expert Kerry Emanuel said the study is plausible, especially since scientists have already seen a shift of storms more toward the north and south poles, but it raises questions that require follow up, especially why no corresponding increase in landfalls has been found.

All these strange shifts are taking cyclones out of their preferred environment of warm tropical waters away from land, University of Miami hurricane researcher Brian McNoldy said. 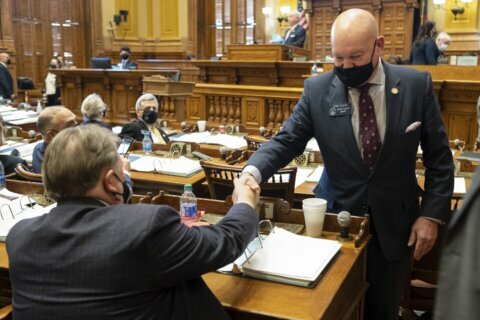 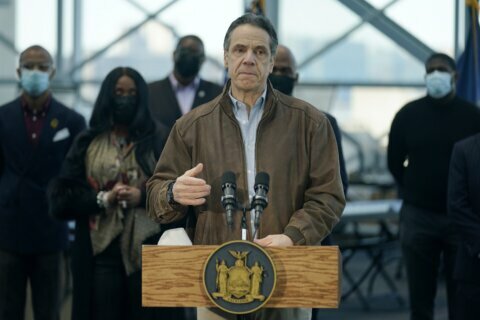