The Massachusetts Democrat said in a statement that Conan Harris received a positive test Tuesday evening.

Harris had accompanied Pressley to her swearing-in ceremony last week and was with her in the Capitol complex throughout the January 6 attack, Pressley said.

Harris has shown mild symptoms and remains in isolation, along with Pressley and staff who were in close contact.

“As my colleagues and I sought shelter from the white supremacist mob that violently attacked our seat of government, we were greeted by a different threat — one posed by my callous Republican colleagues who, in this crowded and confined space, repeatedly refused to wear masks when offered,” Pressley said in a statement.

Three House Democrats announced within a 24-hour period yesterday that they had tested positive for COVID-19, prompting concern that last week’s insurrection at the Capitol has also turned into a super-spreader event.

Those who tested positive were among dozens of lawmakers who were whisked to a secure location when pro-Trump insurrectionists stormed the Capitol.

It’s not certain where and when lawmakers caught the illness, but the Capitol’s attending physician notified all House lawmakers of possible virus exposure and urged them to be tested, saying those in protective isolation last Wednesday “may have been exposed to another occupant with coronavirus infection.”

Pressley, Harris, and Pressley’s chief of staff were in various locations in the Capitol complex during the attack, including the secure room. 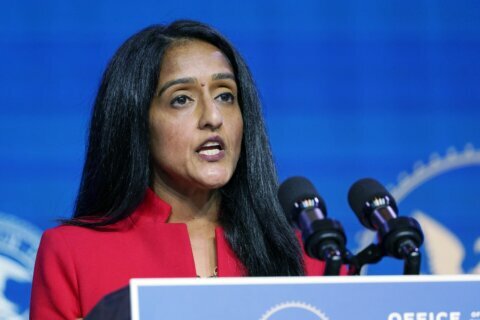