PORTLAND, Ore. (AP) — Powell’s Books has announced that the iconic Portland bookstore will not place the book “Unmasked” by conservative writer Andy Ngo on its shelves following a backlash.

KOIN reported that despite Powell’s decision to keep the anti-antifa book off its shelves, a small crowd of protesters gathered outside the store’s flagship location downtown on Monday, plastering the windows with signs and prompting the store to close early as a safety precaution.

A statement on Powell’s Twitter page said that while a lot of the store’s inventory is hand-picked, “Unmasked” was not and came to the store through an automatic data feed.

“This book will not be placed on our shelves. We will not promote it. That said, it will remain in our online catalog,” the statement said. “We carry a lot of books we find abhorrent, as well as those that we treasure.”

The book “Unmasked: Inside Antifa’s Radical Plan to Destroy Democracy” is scheduled for release in February.

Author Andy Ngo is known for aggressively covering and video-recording demonstrators. Ngo describes himself as the editor at large at The Post Millennial, a Canada-based conservative web publication.

Ngo has drawn attention to antifa for years. Antifa — short for “anti-fascists”— is an umbrella term for leftist militant groups that confront or resist neo-Nazis and white supremacists at demonstrations.

In 2019, Ngo said he was targeted and suffered brain injuries when he was assaulted while covering protests in Portland.

Video of the attack was widely viewed online and led to national calls for investigations as well as a subsequent rally led by the Proud Boys, a right-wing organization that has been designated a hate group by the Southern Poverty Law Center. 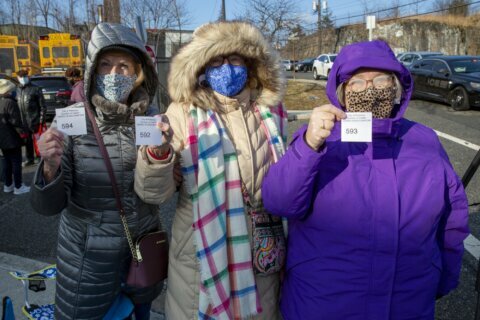