CHICAGO (AP) — Nationally known activist Chicago priest the Rev. Michael Pfleger has been asked to step aside due to an allegation of sexual abuse that occurred decades ago, the Roman Catholic Archdiocese of Chicago announced.

The archdiocese said Tuesday that its Office for Child Abuse Investigations and Review received an allegation that the 70-year-old Pfleger sexually abused a minor more than 40 years ago. Cardinal Blase Cupich in a letter to members of the South Side church Faith Community of Saint Sabina, which is pastored by Pfleger, noted the allegation hasn’t been proven as true or false and guilt or innocence should not be assumed.

Pfleger, who has garnered attention for taking on everyone from drug dealers to Jerry Springer, responded to the allegations Wednesday by asking for prayers for himself and the person making the accusation.

“I am devastated, hurt and yes angry, but I am first, a person of Faith, I Trust God. Please keep me in prayer,” Pfleger said in a message posted on Facebook, after the Roman Catholic Archdiocese of Chicago announced the allegations on Tuesday.

“Pray also for the person,” he went on to write, “my life is more than a 40 year old accusation, and on that and my Faith I will stand.”

Cupich’s letter said Pfleger had agreed to live elsewhere. It did not offer any details about the sexual abuse, including where it took place. The letter said the archdiocese’s Office for the Protection of Children and Youth would be available to answer parishioners’ questions.

Pfleger was ordained in 1975 and was assigned to St. Sabina Church that same year. Six years later, according to a biography on the church’s website, he became pastor — the youngest full-time pastor in the archdiocese at the time.

He has won wide praise for turning a sleepy and struggling parish into one of the most thriving in the nation’s third-largest city. Over the years he has garnered headlines for his activism and protests. He has been arrested while protesting at stores that were selling drug paraphernalia and for smearing red paint on billboards advertising cigarettes in his neighborhood.

Pfleger, who counts the Rev. Martin Luther King Jr. as a hero and quotes him on his phone voicemail, has twice been a keynote speaker for the annual service commemorating King at the civil rights leader’s former church in Atlanta. At the request of King’s family, he was one of the speakers at the 2006 funeral of King’s widow, Coretta Scott King, according the website.

His activism captured the attention of film director Spike Lee, who based the character played by actor John Cusack in the 2015 film “Chi-Raq” on Pfleger. He also made headlines when he adopted two children — one of whom was shot to death near the parish — and has clashed with Cupich and his predecessors for such acts as hosting Nation of Islam Minister Louis Farrakhan at his church.

In his Facebook post, Pfleger said that the archdiocese has asked him not to speak publicly about the allegations. He did not return a call seeking comment Wednesday. 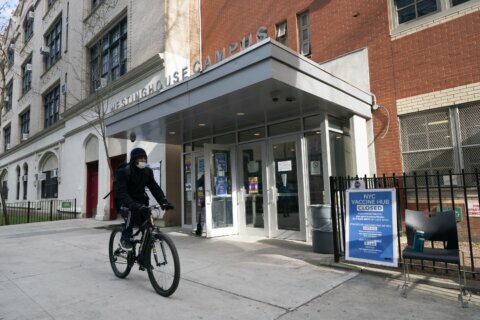