On Sept. 4, 1781, Los Angeles was founded by Spanish settlers under the leadership of Governor Felipe de Neve.

In 1888, George Eastman received a patent for his roll-film box camera, and registered his trademark: “Kodak.”

In 1962, The Beatles, with new drummer Ringo Starr, recorded “Love Me Do” at EMI Studios in London. (The more familiar version with substitute drummer Andy White and Starr on tambourine was recorded a week later.)

In 1969, the Food and Drug Administration issued a report calling birth control pills “safe,” despite a slight risk of fatal blood-clotting disorders linked to the pills.

In 1971, an Alaska Airlines jet crashed near Juneau, killing all 111 people on board.

In 1974, the United States established diplomatic relations with East Germany.

In 1998, Internet services company Google filed for incorporation in California.

In 2006, “Crocodile Hunter” Steve Irwin, 44, died after a stingray’s barb pierced his chest.

In 2014, comedian Joan Rivers died at a New York hospital at age 81, a week after going into cardiac arrest in a doctor’s office during a routine medical procedure.

In 2018, Amazon became the second publicly-traded company to reach $1 trillion in market value, following closely behind Apple. Comic actor Bill Daily, the sidekick to leading men on TV’s “I Dream of Jeannie” and “The Bob Newhart Show,” died in New Mexico at the age of 91.

Five years ago: Hosting Saudi Arabia’s new monarch for the first time, President Barack Obama said the U.S. shared King Salman’s desire for an inclusive, functioning government in Yemen; their talks also addressed the Iran nuclear deal, a source of lingering tension in the U.S.-Saudi relationship. Hundreds of migrants, exhausted after breaking away from police and marching for hours toward Western Europe, boarded buses provided by Hungary’s government after Austria and Germany said they would let them in.

One year ago: During an Oval Office meeting, President Donald Trump displayed a map of the National Hurricane Center forecast for nearly a week earlier that showed that Hurricane Dorian could track over Florida; the map included what appeared to be a hand-drawn half-circle that extended the cone of uncertainty over part of Alabama. (Trump had been publicly corrected by the National Weather Service after he had tweeted that Alabama would be among the states that would likely be hit “harder than anticipated.”) A list of spending projects released by the Pentagon showed that officials would be cutting funding from projects including schools, target ranges and maintenance facilities to pay for the construction of 175 miles of fencing along the U.S.-Mexico border; a total of $3.6 billion would be diverted to the barrier. 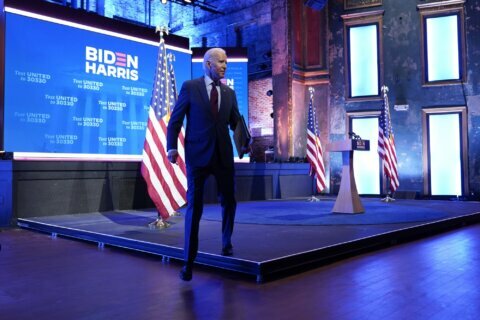