Coronavirus News: Fairfax Co. votes to increase substitute teacher pay | Is it time to get a COVID-19 booster? Which one? | Local cases of COVID-19 | How many in DC region are vaccinated?
Home » National News » George Floyd: Officers' body…

A Minnesota judge has allowed the release of officers' body camera video in the May 25 death of George Floyd. Please note these videos are unedited and disturbing but are posted in the interests of full transparency.
Listen now to WTOP News WTOP.com | Alexa | Google Home | WTOP App | 103.5 FM

The May 25 killing of George Floyd in Minneapolis police custody set off protests against racial injustice and police brutality in Minnesota, D.C. and around the world.

The two videos are each about a half-hour in length and are from the body cameras of J. Alexander Kueng and Thomas Lane.

Floyd died after another officer, Derek Chauvin, pressed his knee against Floyd’s neck for more than eight minutes. Chauvin is charged with second degree murder, third degree murder and manslaughter.

Kueng and Lane, along with another officer, Thomas Thao, are charged with aiding and abetting in the crime.

The body camera footage was submitted as evidence in Lane’s case.

Before Monday, the videos could only be viewed by visiting the courthouse in Minnesota.

WTOP’s parent company, Hubbard Broadcasting, was part of a media coalition seeking the release of this footage.

The body camera footage below from the two officers is unedited and contains graphic language and material that is disturbing.

WTOP has decided to post the videos in the interest of full transparency and to provide context. 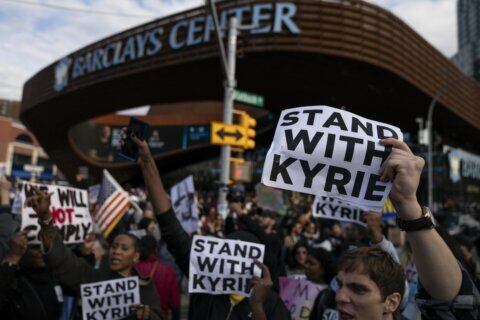