When Donna Davis made an unusual stop at a Walgreens in Milwaukee, she just happened to be in the right place at the right time for a man who overdosed on heroin.
Listen now to WTOP News WTOP.com | Alexa | Google Home | WTOP App | 103.5 FM

Milwaukee, Wisc. (WITI) — There were some tense moments in a Walgreens parking lot near 91st and Good Hope Road on Friday, March 8. Donna Davis just happened to be in the right place at the right time.

Davis is a licensed practical nurse studying to become a registered nurse. She needed something from Walgreens and stopped at one she doesn’t normally go to. She heard a woman yelling and noticed a man lifeless in the front seat of a vehicle.

“He had no color, no pulse, nothing,” said Davis. “He didn’t look like he was breathing.”

Davis pulled the lifeless man from a vehicle. Another woman was with him, as she tried to decipher what had happened.

“I said, ‘I’m a nurse. Is there something that he has taken?’ And she slowly whispered to me, ‘Heroin,'” said Davis.

At that moment, Davis called for Narcan. Someone brought it out from the pharmacy and Davis administered it through the nose. Within minutes, the man began to show signs of life.

Nearly six minutes went by in that parking lot before the man came back to life.

“He took this loud gasp of air, and when I looked down at him, I immediately saw his face turn more flushed, like a red color, and at that point, I knew he was breathing again. I dropped my head again and said, ‘Thank God,'” said Davis.

Video shows the man stand up and sit in his car as first responders arrived on scene. The man asked Davis what had happened.

Davis left Walgreens with a nursing lesson you can’t get at school.

“At the end of the day, I was only trying to do the right thing — and I would do it again for anybody,” said Davis.

After it was all over, Davis said the man thanked her and asked for a hug. She said she was unsure whether she made a difference in his life, but said she hopes the story will raise awareness about the importance of being trained in CPR. 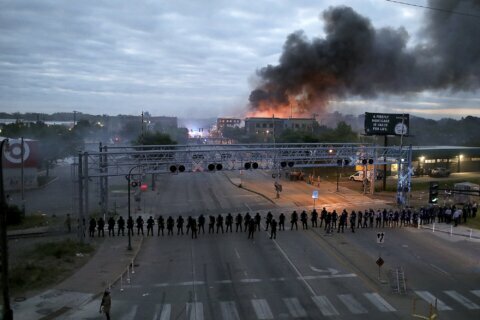