Warren wrestles with powerful interests, and questions about 2016, in first Iowa visit

In speeches to packed rooms from the state's western border with Nebraska to its capital in Des Moines, Warren spent the weekend demanding "structural change" in Washington, where the partial government shutdown is entering its third week.
Listen now to WTOP News WTOP.com | Alexa | Google Home | WTOP App | 103.5 FM

(CNN) — Sen. Elizabeth Warren arrived in Iowa on Friday evening and, through four events over a little more than 24 hours, quickly made clear that even as her presidential campaign evolves, she is poised to rise or fall with the same brand of wonky populism that took her from the classroom to Capitol Hill.

In speeches to packed rooms from the state’s western border with Nebraska to its capital in Des Moines, Warren spent the weekend demanding “structural change” in Washington, where the partial government shutdown is entering its third week. She wants “to strengthen our unions, our workers and our consumers” while breaking the hold of an “army of lobbyists” occupying the capital, as she describes it, under the banners of “big corporations.”

Even during her occasional strolls in the policy weeds, Warren, who has set the tone for her remarks so far by opening them with the story of her mother’s struggle to find a minimum wage job to help save their house after Warren’s father suffered a debilitating heart attack, keeps up a low fury. When her microphone cut out at the opening event in Council Bluffs, Warren didn’t yell because, even in a room of 300 (with 200 more outside) she didn’t have to.

“There are too many people who get their power from turning working people against working people,” the Massachusetts Democrat said a day later in Storm Lake during a riff on long-stalled talks over comprehensive immigration revisions. A few hours earlier, in Sioux City, she declared, “Washington keeps working great for those with money, but not for anyone else. We need to call this out for what it is: It is corruption, pure and simple.”

If Warren has strong feelings about ethanol, an important issue for Iowa voters and favorite means for out-of-state candidates to pander to them, she hasn’t yet let on. Warren has also steered clear of some national progressive hits, like “Medicare-for-all,” which she hasn’t mentioned through her first few stops.

Asked on Saturday why the Democratic left’s signature policy proposal had not gotten a mention through two events, Warren demurred.

“No one’s raised it,” she said. “But I have had a chance to talk about Medicaid, partly because I think we’ve had a national conversation about health care, and I think it’s been enormously valuable.”

The issue was indeed a winner for Democrats running during the 2018 midterm elections. In her opening foray, Warren has seemed content to continue on that path, advocating for Medicaid not just as a program for the poor but also as one that benefits seniors and Americans suffering from mental illness, while assailing the “shameful” behavior of insurance companies. On Saturday night, she won hearty applause when she called health care “a basic human right.

But if Warren has appeared entirely self-assured in diving into the policy positions that she has been crusading for in Washington for years — “All right!” she cheered when an audience member in Sioux City began asking about internet regulations — her tone has changed when faced with questions about the 2016 election, a kind of riddle that she and so many other Democrats are still struggling to unwind.

Asked how she planned to prevent a repeat of the “undemocratic behavior between the DNC and Hillary’s campaign in 2016 against Sen. Sanders,” Warren told supporters in Des Moines, “I’m not relitigating 2016,” before pivoting to call all Democrats running for president to disavow super PACs, saying, “I think that all of the Democratic candidates, whoever they turn out to be, should link arms and say our primary is not for sale to billionaires.”

In a gaggle with reporters at her Council Bluffs rally on Friday, she bypassed a question about the comparisons being drawn between her campaign and Hillary Clinton’s four years ago.

“You know, look — I’d never run for public office before I got into the Senate race in Massachusetts,” Warren responded. “I was pulled into this because I have watched how America’s middle class has been hollowed out. I am in this fight for working families. I’m going to stay focused on that all the way through.”

Like her colleague and ideological ally Sen. Bernie Sanders, the Vermont independent whose decision to enter the 2016 presidential campaign was partly a reaction to Warren’s decision to sit it out, the Massachusetts senator seems least at ease when political conversation turns personal. But hers is a distinct challenge, and a lonely one during this period when Warren stands as the lone, high-profile female presidential candidate.

She has already been faced with a story focused on whether she risked being viewed as “too unlikable,” gamely parlaying it into a fundraising tool. Many Democrats seized on the same report, determined to lay down a marker to ensure that Warren and the other women likely to run — so many of them politically and personally distinct from Clinton in so many ways — be spared a very similar treatment.

Outside Warren’s debut event on Friday night, Natalie Wertz, 29, who was waiting for the candidate with a friend — both of them having purchased pink T-shirts emblazoned with Warren’s de facto slogan, “Nevertheless, she persisted” — spoke confidently of Warren’s potential as a candidate.

Neither woman had heard about the “likability” flap, though Wertz smilingly proclaimed Warren “a very likable person.”

But her decision in 2020, Wertz said, would turn on more concrete questions.

“As a lower middle class American, budget and finances sometimes — living paycheck to paycheck is very hard,” she said. “And it’s a toxic world that has set us into this cycle of vicious debt. I think that Warren has great ideas about how to get us out of that.” 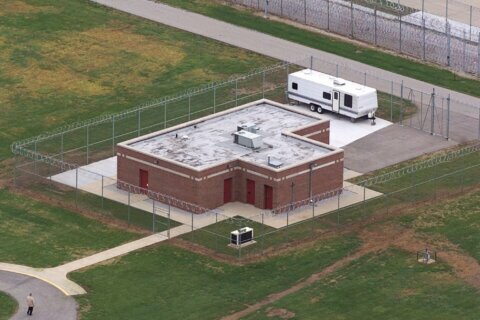