President Donald Trump announced that ISIS leader Abu Bakr al Baghdadi had been killed in a U.S. military strike in Syria. So what does this mean for the future of ISIS?
Listen now to WTOP News WTOP.com | Alexa | Google Home | WTOP App | 103.5 FM

Fleeing from U.S. military canines in a dark subterranean tunnel in the northwestern Syrian village of Barisha, ISIS leader Abu Bakr al Baghdadi dragged young children with him — using them as human shields. Sensing his end was approaching, he detonated a suicide vest, killing himself and the children.

Because he was so concerned about his security, he had little or no contact with the outside world. His end started well before he realized it.

“We had him under surveillance for a couple of weeks,” said President Donald Trump during a Sunday morning news conference announcing the death.

WTOP has learned that Iraqi authorities arrested two of Baghdadi’s wives in September, one of whom sometimes acted as a courier. A source told WTOP the courier gave up details about his location, which triggered the surveillance activity.

Trump said “two or three” missions ostensibly to target Baghdadi, had to be canceled because “[Baghdadi] decided to change his mind — constantly changing his mind. And finally we saw that he was here …”

William Braniff, director of the National Consortium for the Study of Terrorism and Responses to Terrorism at the University of Maryland said in an interview on Oct. 23, “Groups like al-Qaida and ISIS are really better understood as movements. These are constellations of terrorist actors comprised of organizations comprised of individuals who are inspired by those organizations and they’re global.”

Last year, while Baghdadi was shuttling from place to place, using women and children to shield him, according to Braniff, “the so-called Islamic State conducted attacks in 34 countries around the world.”

“When you look at it, is a movement and not a singular organization in a singular geography like Iraq or Syria,” he suggests.

The loss of one person, Braniff believes, even someone like Baghdadi, will not likely destroy a significant terror organization like ISIS.

“Baghdadi’s main role at this point was not so much the operational control of individual attacks, including in Iraq or Syria, let alone globally, but to serve as a symbolic rallying point for the members of ISIL and the individual to which new members and groups could pledge bayat, which is a central concept for these groups that generates loyalty.”

The future of ISIS

“The immediate challenge is that all the loyalty oaths have been to him,” Schindler said. “Therefore, anyone or any group wishing to leave ISIL can now argue that with the death of Baghdadi, their oath of loyalty died with him.

“The more long-term challenge is going to be to find a new leader that is acceptable for the global organization and frankly, this is going to take some time.”

Typically, scholars and intelligence officials who follow terrorist activities think the loss of someone like Baghdadi, while an immediate blow to the organization, would later deliver more followers.

But in a tweet after the news of Baghdadi’s death broke, Robin Simcox, Margaret Thatcher Fellow at the Heritage Foundation disagreed.

You’ll hear in the days to come about how killing Baghdadi just “makes him a martyr” and will “serve as a recruitment tool”. Just a reminder that this argument was bunk when it was applied to bin Laden; bunk when applied to Awlaki; and it is bunk now. https://t.co/lp1THMvnB6

Referring to the U.S. troop pullout in Syria, Simcox told WTOP that with or without Baghdadi, “the obvious concern at the moment is how ISIS is going to reconstitute itself after the uncertainty and turmoil we’ve seen in Syria over the past couple of weeks.”

Baghdadi was very careful about exposing himself.

His only public appearance was in July of 2014, when he appeared in a black robe in Iraq’s Great Mosque of al-Nuri urging Muslims around the world to obey him and swear allegiance to the “caliphate.”

There is likely someone, who has been prepared to succeed Baghdadi, but based on the news that someone in his organization has betrayed him — willingly or not, it may be a while before that person emerges for security reasons.

But replacing someone who essentially claimed he was a descendant of the Prophet Muhammad will be hard to do. 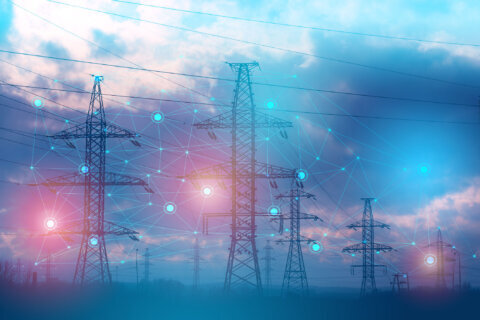 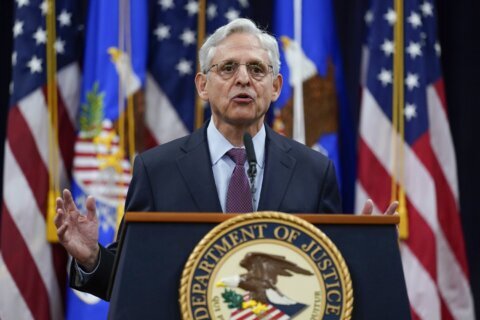