Orlando gunman to 911: ‘I did the shootings’

Newly released transcripts show Orlando gunman Omar Mateen spoke in Arabic to a 911 dispatcher and told a crisis negotiator that the U.S. needed to stop bombing Iraq and Syria.

ORLANDO, Fla. (AP) _ Orlando gunman Omar Mateen spoke in Arabic to a 911 dispatcher, identified himself an Islamic soldier and demanded to a crisis negotiator that the U.S. “stop bombing Syria and Iraq,” according to transcripts released by the FBI on Monday.

The FBI provided a partial, printed transcript of three conversations Mateen had with the police during the worst mass shooting in modern U.S. history

Those communications, along with Facebook posts Mateen made before and after the shooting, add to the public understanding of the final hours of Mateen’s life.

The first call came more than a half hour after shots rang out, when Mateen told a 911 operator, “Praise be to God, and prayers as well as peace be upon the prophet of God,” he told the dispatcher, referring to God in Arabic.

“I let you know, I’m in Orlando and I did the shootings.”

Shortly after the call, Mateen had three conversations with crisis negotiators in which he identified himself as an Islamic soldier and told a negotiator to tell America to stop bombing Syria and Iraq and that is why he was “out here right now,” according to the excerpt.

The release came a day after tens of thousands of people held a candlelight vigil in the heart of downtown Orlando for the 49 victims who died in the massacre. The victims also were remembered at church services and at makeshift memorials throughout Orlando.

“As a community, it’s important that we gather together to show our support because only together can we move forward,” said Gabrielle Claire, a musician and Universal Orlando worker who says she knew three Pulse victims who died. She was holding a “Hugs for Healing” sign at the vigil and numerous strangers came up to hug her.

Meanwhile, hospital officials said four people remained in critical condition Monday morning, more than a week after they were wounded in the attack.

(This story will be updated.) 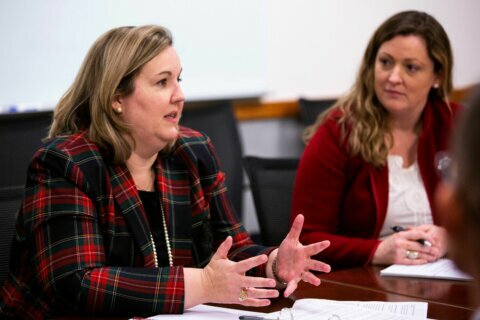