About a fifth of the Yoshino cherry trees spread along the Tidal Basin are now at full blossom, the National Park Service says — ahead of expected strong winds later this week that could wreak havoc on the newborn blossoms.
Listen now to WTOP News WTOP.com | Alexa | Google Home | WTOP App | 103.5 FM
(1/3) 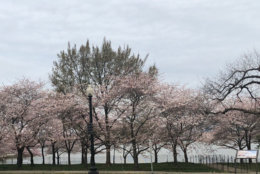 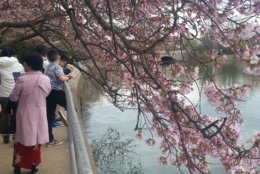 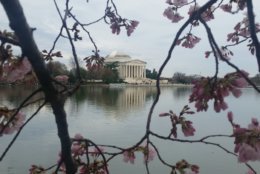 WASHINGTON — About a fifth of the Yoshino cherry trees spread along the Tidal Basin are now at full bloom, the National Park Service says — ahead of expected strong winds later this week that could wreak havoc on the newborn blossoms.

“Peak bloom” won’t be officially reached until about 70 percent of the iconic pink and white buds peek out. That’s projected for April 5-8, the park service said.

The Twitter account for the National Park Service’s National Mall said officials there are “keeping an eye on gusty winds” Wednesday. Such strong winds are the “enemy of the blossoms.”

The peak bloom date has shifted around over the past month. Initially projected for March 17–20, it has been pushed back twice because of colder-than-average spring temperatures.

On April, the park service announced that the blossoms had advanced to the “puffy white” stage. 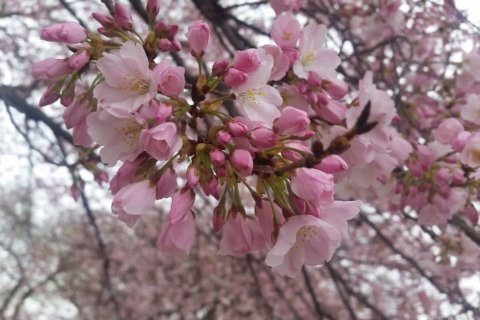 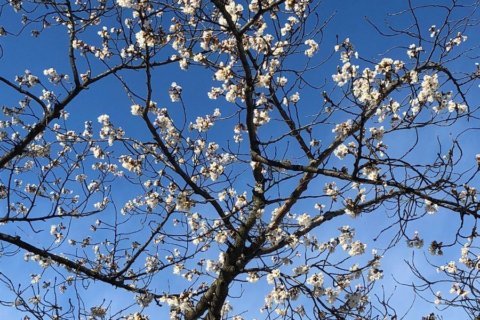 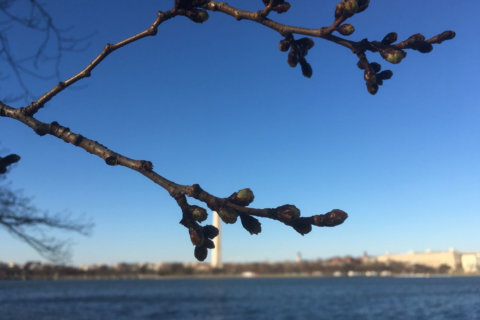