The Anthem turned out to be just the right-sized space for Lorde and Run the Jewels, but the timing of the acts showed some growing pains for the young venue.
Listen now to WTOP News WTOP.com | Alexa | Google Home | WTOP App | 103.5 FM

WASHINGTON — If I told you a Japanese indie singer, a Brooklyn-Atlanta rap duo, and a New Zealand pop star were all on the same bill for a concert, what would you expect?

That’s the show that swept through The Anthem Sunday night, one of its most anticipated since its October opening, as Mitski, Run the Jewels and Lorde played to a sold-out crowd that wound up and down the wooden pier well after doors opened.

It was one of the oddest 1-2-3 punches I’ve ever been privy to, right up there with the MGMT-Grand Buffet-Of Montreal lineup I witnessed at the Metro in Chicago more than a decade ago. But I can’t properly, fully compare the two. Despite an 8 p.m. listed start time on the ticket, we entered at exactly 8:12 p.m. to hear the first number from RTJ, having completely missed the opening act.

From there, the performances were solid. The only awkwardness came from the seemingly rushed nature of the show.

El-P used a line that’s evidently played well with crowds throughout the tour and addressed the odd billing head-on, comparing Run the Jewels to the weird cousins who show up at a wedding and take over the karaoke machine for 40 minutes. There were select members of the crowd who are fully into it, but there was a lot of head-bobbing, best understood by the enthusiastic reaction to Lorde’s intro (“This is a song for the kids who grew up in the suburbs”) to “400 Lux” later in the evening.

“Before security comes and rushes your drunk cousins Mike and El off the stage …” El-P said as they set up their last number, they tried to impart a lasting message, as Killer Mike shared the story of his mother’s suicide attempt and offered words of hope.

That set up an emotional transition into “Down,” to close the set, but after a single verse, the backing music faded down, and they were seemingly ushered offstage in a fashion I’ve never seen before outside of a bombing act at a comedy club. Considering the quick changeover that followed, and that Lorde sang her last note at 10:57 p.m., perhaps they were up against a curfew. If so, it was a rather glaring growing pain and a scar on an otherwise solid show.

Interestingly, at one point Lorde made a reference to “your very impressive basketball team” (clearly she hasn’t caught many Wizards games lately) as an excuse for why she was performing at The Anthem instead of Capital One Arena. Never mind that the downtown arena didn’t have anything going on between Saturday night’s Caps game and Tuesday night’s Wizards contest — everyone involved seemed happier with this choice of venue. As both artists pointed out, it was the first and only club show of the North American swing of the tour, a welcome respite after a long string of arena shows and a decidedly more intimate setting.

At this point in her career, Lorde seems somewhat caught between those two types of venue both in terms of draw and style. She struggled to sell out earlier, larger stops on the tour. And while her full cadre of backup dancers and levitating, glass-case-of-emotion set piece are evocative of the top pop acts in today’s music scene, she’s at her best when her whiskey-kissed lower register can shine in a more minimalist setting, like the middle section of her performance Sunday night. Sitting on the step of the stage in a solo spotlight in all white, she looked like a jazz lounge singer propped on the edge of a grand piano, a collection of oversized LED glow sticks artfully scattered behind her. She crooned through “Writer in the Dark,” a cover of Frank Ocean’s “Solo” and “Liability” in what was easily the most personal, connective moment of the show.

Before that, she opened in an all-black get-up, contrasting against the white-clad dancers, with whom she only occasionally joined in concert. Even when she did, she couldn’t help but crack a smile — pop stars may be expected to dance, but it’s clear Lorde still prefers to move and swing to her own rhythms than choreographed sets.

Easily Lorde’s most unintentionally funny lyric, as someone 15 years her senior, is “it feels so scary getting old.” Despite coming from an album she dropped at the tender age of 16, though, it doesn’t feel inauthentic. It might be what makes her music so accessible that the crowd Sunday night was, on average, significantly older than I expected. Of course, I was also not down in the middle of the GA pit (for reasons why not, please see the top of the paragraph). Nevertheless, there’s something about her work that appeals to more than just the traditional pop wheelhouse, so that when she says something like “I want you to know, you’re like my children,” it feels sincere without being naive or condescending to those old enough to say the same back to her.

For the third act, there’s a third costume, a lime green get-up underneath a translucent, pillowy jumpsuit, for the powerhouse finish of “Supercut,” “Royals,” “Perfect Places,” and, of course, “Green Light,” each building the kinetic (or “kinitic,” in her New Zealand accent, leaking through only in the spoken words between songs) energy to a fever pitch. On “Royals,” you see the polish of a stage performer finding her stride, the way she drags the “sy” on the final “fantasy” of each refrain, letting the crowd anticipate it a half beat early, only to follow herself, once she’s ready. By the time the confetti explodes from the rafters through the emerald lights on the finale, the place is a frenzy.

The encore almost feels like a letdown after that impossible build, even after a race through the audience on “Team” before a final singalong chorus. Not that anyone has any energy left to complain by that point.

Lorde’s shown her ability to mature and develop through “Melodrama,” one of the best offerings of last year. Whether she leans harder into traditional pop sensibilities or continues to forge a more individual route moving forward may determine the size of venue she fills in the future. But whatever the quantity of fans that show up to see her, if they’re as devoted as Sunday night’s crowd, she’ll be just fine. 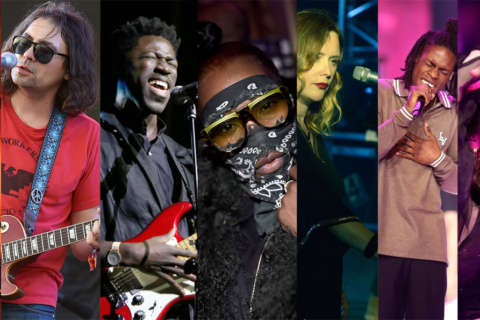 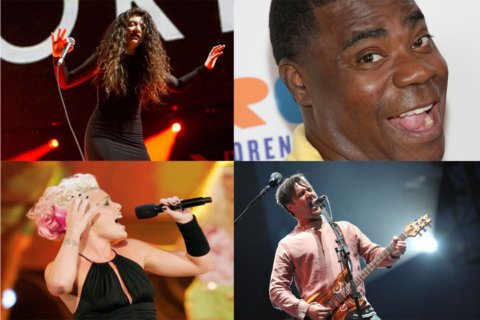