3 crashes in less than 12 hours in Montgomery Co.: 2 killed, cyclist hurt in hit-and-run

Two drivers were killed Monday morning in two separate collisions in Montgomery County, Maryland, and police are also looking for the driver in a hit-and-run that seriously injured a cyclist Sunday night.

The first fatal crash happened around 7:15 a.m. Monday at East Randolph Road and Laurie Drive, in White Oak. Police said the driver of a minivan died at a hospital after colliding with a Toyota Highlander. The driver of the Toyota was also taken to the hospital with injuries that the police said are not considered life-threatening.

About two hours later, a Chevy Silverado collided with a Honda CRV near Randolph and Hammonton Place in Colesville, Maryland. The CRV’s driver was dead at the scene; the Silverado’s driver was taken to the hospital with injuries that are not considered life-threatening.

These two deadly collisions followed a hit-and-run that seriously injured a cyclist Sunday night near Georgia Avenue and Janet Road at around 11 p.m. The Montgomery County police said the 19-year-old victim was taken to the hospital with life-threatening injuries. For now, there’s no word on the condition.

Police told WTOP’s news partner NBC Washington that they believe the car involved in that hit-and-run was a dark red or maroon 2003-2007 Honda Accord with a missing side view mirror. 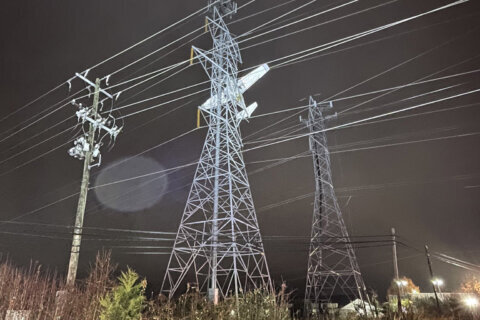 Occupants rescued from plane that crashed into power lines in Montgomery Co.