Students in Montgomery County are returning to school in a year following the system’s first ever on-campus shooting, and police say they have worked with school officials to increase safety while working to address concerns over equity.
Listen now to WTOP News WTOP.com | Alexa | Google Home | WTOP App | 103.5 FM
(1/5) 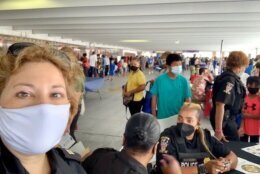 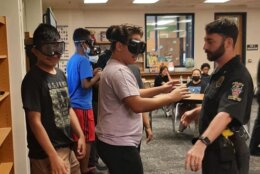 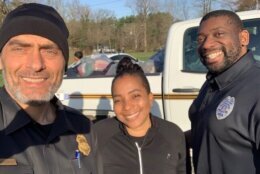 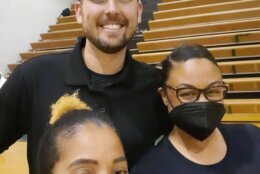 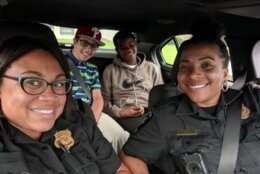 Students in Montgomery County, Maryland, are returning to school just months after the system’s first ever on-campus shooting, and police say they have worked with school officials to increase safety while working to address concerns over equity.

Police are operating under a revised agreement on officers’ roles within schools. Maryland law requires that schools have “adequate law enforcement coverage” at each public school.

Under a memorandum of understanding between the Montgomery County School system and the county police department approved in April, the schools now have Community Engagement Officers who will have access to office space inside school buildings but will not be stationed at the schools.

“We’re not going to be randomly walking around school hallways, that’s something we will not be doing,” said Montgomery County Police Captain Stacey Flynn.

Flynn, who oversees the community engagement officer program, said the 23 certified CEOs will be working closely with the principals at their assigned high schools and can spend more time in the building at the principals’ request.

According to the memorandum, police are not to be involved in student discipline, but “if they were to see something serious — a student being robbed, or somebody with a weapon being displayed, they would absolutely have the right — and will take action — right there and then,” said Flynn.

The role of police in schools became a hot topic in Montgomery County in the aftermath of the killing of George Floyd in police custody in 2020 and after a video of Montgomery County police handcuffing and yelling at a 5-year-old Black child surfaced.

While some community groups and student organizations supported the removal of police from the school system, after the January shooting inside Magruder High School, there were public calls — including some from students — for the return of police.

Flynn said the officers who sign up to become CEOs are enthusiastic about working with students and the larger school community — and they aren’t the only ones trained in how to work with young people. CEOs are certified through the state’s Maryland Center for School Safety.

“We really want our patrol officers to take advantage of that extra training,” Flynn said, so that they are prepared when called to answer incidents at schools. She added that 71% of the CEOs are Black or brown and 37% are women.

Flynn calls the school shooting in Uvalde where 19 students and two teachers were killed “gut-wrenching” and said it has “weighed heavily” on her and her colleagues.

She said that since 1999, Montgomery County Police have trained to go in and address the threat when faced with a mass shooting, and she said that policy extends to patrol officers, not just members of the county’s SWAT division.

“I’m not standing outside and asking permission to go in and take care of it, I’m going in,” said Flynn. “And if it’s me and two other officers, we’re going in.”

She said SWAT officers have extensive training on strategies for dealing with shooters inside school buildings, and even patrol officers are given tours of schools in their patrol area so they’re familiar with the layout and can avoid delays in responding to threats.

During the hourslong wait to get students out of Magruder High School after the January shooting, some parents and students complained about the inability to leave the area.

“There’s never going to be a textbook perfect response to any emergency,” Flynn said.

Part of what caused the extended wait, according to Flynn, was the inability to get information from “those directly involved” in the circumstances around the shooting.

“The biggest delay was that lack of information about what had actually happened,” she said.

Flynn said it’s important for families to be familiar with their schools’ designated PCR, the Parent-Child-Reunion for each school. That information can be found on each school’s website, said Flynn.

In the event of an emergency, she said, it’s important for families to avoid going to their child’s school, though it’s an impulse she understands.

“I’m a mom, I’ve got two teenagers, I have a senior in high school, I completely understand those thoughts and those fears,” Flynn said before acknowledging the importance of roads and access points around a school remaining unblocked by traffic and open to emergency responders.

The start of the school year always means increased traffic around school entrances. Flynn suggests that parents try to use entry points that allow them to make right turns into school pick-up and drop-off areas that can help keep traffic moving and avoid collisions.