A driver crashed a car through a brick wall into a salon in Gaithersburg on Monday morning.
Listen now to WTOP News WTOP.com | Alexa | Google Home | WTOP App | 103.5 FM
(1/4) 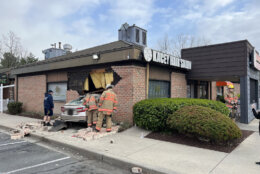 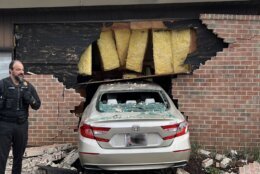 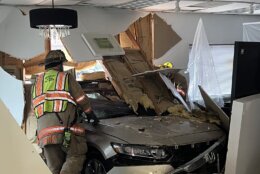 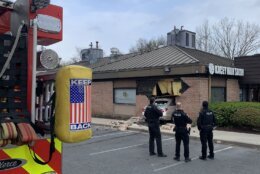 A driver crashed a car through a brick wall and into salon in Gaithersburg, Maryland, on Monday morning, according to Montgomery County Fire and EMS.

The car crashed through the wall of Kacey Hair Salon, next to Dunkin’, at 20 Montgomery Village Ave. in Gaithersburg, according to a tweet from the department’s spokesman Pete Piringer.

Emergency responders say they got the driver out of the car around 8:40 a.m. The department said the driver was taken to the hospital, but there’s no word on the person’s condition.

The building was evacuated and no one else was hurt, Piringer said.

The damage to the building was not on a load bearing wall, according to the department.

Building and health inspectors will evaluate the building.