2 people rescued along Maryland trail due to heat-related issues

Two people had to be rescued along the Billy Goat Trail in Maryland Tuesday because of the heat.
Listen now to WTOP News WTOP.com | Alexa | Google Home | WTOP App | 103.5 FM

Two people had to be rescued along the Billy Goat Trail in Maryland Tuesday because of the heat.

Montgomery County Fire and Rescue Service spokesman Pete Piringer said that one woman was pretty far into the trail when she likely began suffering from the effects of the high temperatures.

She wasn’t able to walk out on her own, so she had to be flown out by helicopter. Piringer said she was in a tough situation and based on where they were, the most efficient way to extract her was by helicopter hoist.

Her condition was serious but not life-threatening, Piringer said.

Earlier, a man was taken out by car, also likely from heat exhaustion.

Piringer said such rescues are common because people often underestimate how hard the Billy Goat Trail can be especially in the heat.

If you’re out on the trail, Piringer said use common sense — hydrate, wear the right shoes and charge your cell phone in case you run into trouble. 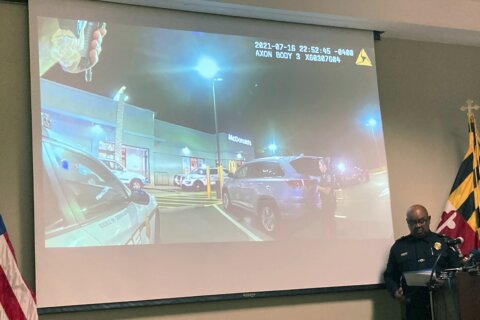