Progress is being made toward reopening Hank Dietle's Tavern, on Rockville Pike, which was destroyed in a February 2018 fire.
Listen now to WTOP News WTOP.com | Alexa | Google Home | WTOP App | 103.5 FM
(1/6) 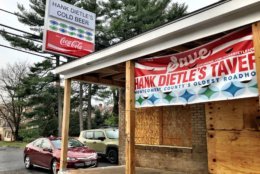 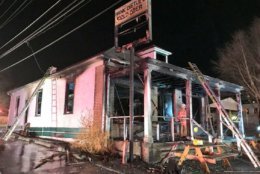 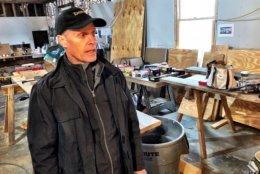 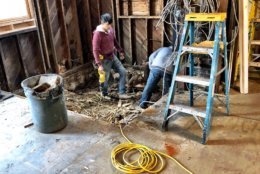 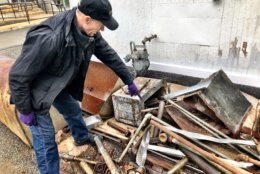 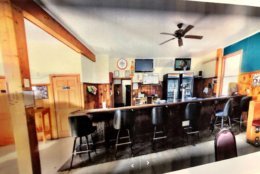 As of Wednesday, when drivers on Rockville Pike, across the street from what was White Flint Mall, look up, they will see the familiar sign: Hank Dietle’s Cold Beer, above a Coca-Cola logo.

“It’s a replica of the old sign,” said Thomas Bowes, one of three new owners of Dietles.

“The original sign was pretty heavily damaged — it looked pretty cool the way it was burned up, but we had to replace it,” Bowes said.

The new sign was hoisted into place outside the tavern on Wednesday, as crews have picked up the pace to get the roadhouse reopen.

Shortly after the fire, which was started by a discarded cigarette, community members volunteered to rehab the bar, under previous owner Tony Huniak, whose lease expired in summer, according to Bowes.

After buying the club, the new owners — Bowes, his wife Sarah Bonner, and Alan Kresse — have brought in a general contractor, John Petsche, whose crew has been working full-time on Dietle’s since November.

With photos of the tavern before the fire pinned to the wall, crews have been making major structural revisions of the building, which was originally built in 1916 as a one-story house.

During WTOP’s visit, workers were gutting the tiny his and her bathrooms, while other crew members focused on newly-installed beams running from the front of the building toward the back.

“That’s our intention — people loved it, and we’re going to bring it back,” Bowes said. “The community really needs a great space for a wide range of bands.”

Some of the roadhouse’s features will be improved, with the renovation. Audiovisual wiring will permit recording and streaming of shows.

“We’re putting a stage in for the bands, which will be a big upgrade,” said Bowes. Until now, bands have set up their equipment on the floor of the bar.

“It’s not exactly a dive bar, but it has a lot of history in the community,” he said.