A 13-year-old girl riding her bike through a crosswalk was struck by a Virginia motorist near the on-ramp from Old Georgetown Road to Interstate 495 around 5:44 p.m. according to police.

MCP is on scene of a struck bicyclist on Old Georgetown Rd near on ramp for E/B I-495. Veh remained on scene. N/B Old Georgetown Rd is CLOSED at Ryland Dr. expect delays and avoid area if possible. Call rcvd at 5:44pm. Updates posted as info is confirmed.

The girl was taken to the hospital with life-threatening injuries. She was hit by 83-year-old Nanak Singh Manku of McLean, Virginia, who had exited the highway but was trying to get back on to Interstate 495 at Old Georgetown Road in Bethesda, Maryland.

The driver, who was not hurt, remained at the scene of the accident. Investigators ask anyone who may have witnessed the crash to call the Collision Reconstruction Unit at 240-773-6620.

Montgomery County Police said the full investigation could take a number of weeks. 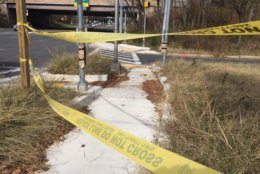 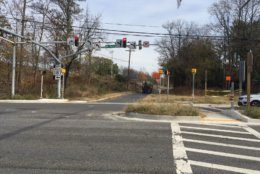 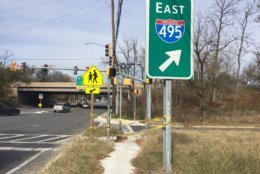 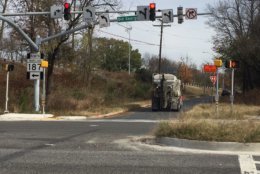 Innocenti said both the county and the state will take a look at the conditions that led to the crash, including traffic light sequencing and the area’s civil engineering in an effort to make sure accidents like Friday’s do not happen in the future.

“If there are any recommendations to be made to the county or state, [investigators] will do that,” Innocenti said. “It’s the time of year that it’s getting darker earlier, it’s an adjustment for all of us. We’re asking everyone to be mindful of that. We want to keep our motorists and pedestrians safe in Montgomery County.”

In August, 17-year-old Jacob Cassell, of Bethesda, was struck and killed by a car after falling from his bicycle on Old Georgetown Road, not far from the scene of Friday’s incident.

After Cassell’s death, councilmember Hans Riemer called for safety improvements along Old Georgetown Road, calling it among the most dangerous.

Later on Friday around 7 p.m., Montgomery County Fire and Rescue spokesman tweeted that a pedestrian was struck by a car on Route 29 at Industrial Parkway. That person was taken to the hospital with serious injuries.

Also on Route 29, several cars collided near Sligo Creek Parkway. No injuries have been reported yet in that crash.

WTOP’s John Domen and Pat Brogan contributed to this report.