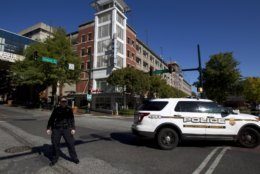 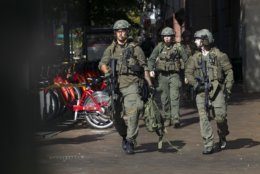 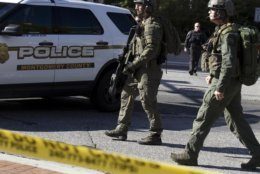 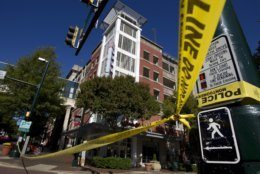 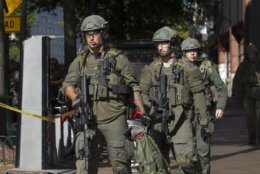 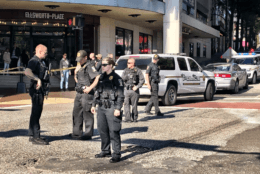 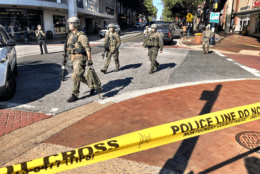 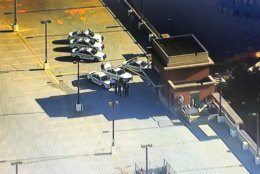 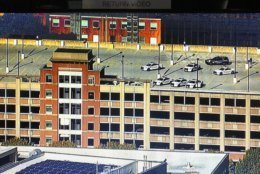 A Montgomery County police officer has died hours after he was found with a gunshot wound atop a Silver Spring, Maryland, parking garage Monday morning.

Bomba’s death is being treated as a homicide, Jones said, and police were “looking at all options in regards to this investigation.”

The 38-year-old officer was wounded just before 8:50 a.m. Monday while on patrol, near the intersection of Ellsworth Drive and Fenton Street in Silver Spring’s downtown shopping and entertainment area. Bomba had called out on his radio about “disorderly subjects” in the parking garage, police spokesman Tom Jordan said. Officers who arrived to assist found him wounded.

But Jones said that police did not have any suspect descriptions, and that there was no immediate threat to public safety.

“To say it’s an all hands on deck — that’s an understatement,” Jordan said earlier. Aerial footage from those initial hours after the shooting showed tactical officers searching the garage.

“We continue to investigate this event and will do everything in our power to ascertain what transpired this morning,” Jones said. Bomba was wearing a body camera, Jones added, but it’s unclear if the device was activated or correctly functioning.

“This is a very difficult job, and this is one of those jobs where not everybody comes home when they go out in the morning,” Montgomery County Executive Marc Elrich said during Monday afternoon’s news conference. “It’s a tough loss for everybody.”

Bomba, a father of two, was a 13-year veteran of the department.

Ellsworth Drive between Fenton and Cedar streets remained closed due to the ongoing investigation.

Police ask that anyone who witnessed “disorderly behavior” in the area of the shooting — and anyone who had contact with Bomba around then — to call investigators at (301) 279-8000.