Several lanes of the Capital Beltway were blocked for hours after a tractor-trailer truck hit two jersey barriers and leaked fuel Monday afternoon.

The truck was on the Outer Loop a bit after noon when it hit both barriers just before what Dave Dildine in the WTOP Traffic Center called “the big curve” — where the Beltway passes over Interstate 270. The road reopened a little before 4:30 p.m., but delays persisted, Dildine said.

Debris from the crash fell onto I-270, where lanes were closed for a while and a few damaged vehicles were reported.

On the Beltway, Pete Piringer, of the Montgomery County Fire and Rescue Service, said at about 3:45 p.m. that the truck was being hooked up to be towed away, and sand trucks were ready to treat the road. The road reopened just before 4:30.

The driver of the truck was taken to a hospital with injuries that were described as not life-threatening. 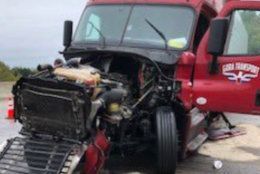 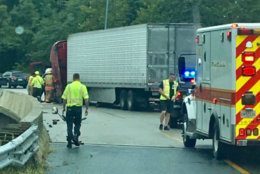 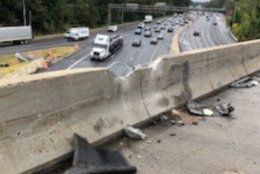 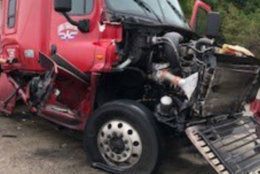 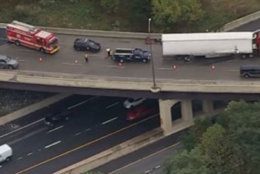 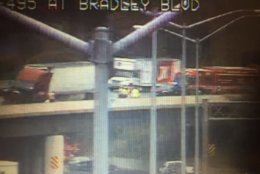 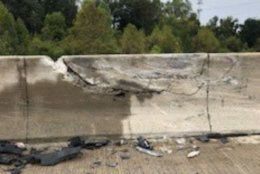 But that wasn’t the only problem on the Beltway: Lanes were blocked just before Connecticut Avenue for another tractor-trailer crash, in which several people were hurt. The road was reopened a bit before 5 p.m.

Missing 10-year-old found after vehicle theft and hours of wandering in Montgomery Co.