A hiker who died after attempting a popular trail in the area of Great Falls, Maryland, over the weekend during the recent heat wave has been identified.
Listen now to WTOP News WTOP.com | Alexa | Google Home | WTOP App | 103.5 FM
(1/3) 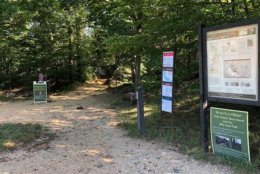 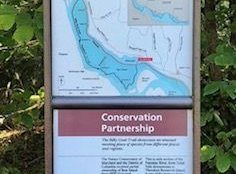 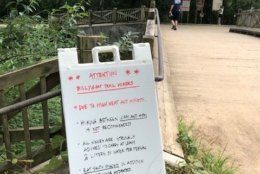 A hiker who was attempting a popular trail in the area of Great Falls, Maryland, suffered a medical emergency, likely brought on by heat, and died Saturday afternoon.

U.S. Park Police identified the hiker as Rachel Parkerson, 32, of Severn, Maryland. She was unconscious and suffering from a medical emergency in the area of the Billy Goat Trail. She was airlifted to a hospital, but later died.

Park police called her death accidental and said an attributing factor was hyperthermia.

Warm weather can be a good time for a hike along one of the many beautiful trails throughout the D.C. area, but dangerously high temperatures and humidity can be formidable opponents during a heat wave.

Billy Goat Trail sec. A near Great Falls is CLOSED due to excessive heat. Excessive Heat Warnings and Heat Advisories are in effect. Heat indices are ranging between 105-115ºF. Staff will reevaluated conditions on Monday, July 21. #HEATWAVE2019

“Most of those incidents of late have been for injured people along the Billy Goat Trail,” said Pete Piringer, spokesman for Montgomery County Fire and Rescue Service.

The Billy Goat Trail consists of three sections — A, B and C — which vary in difficulty.

“Section A is extremely strenuous, and involves a lot of rock scrambling and the need for good balance with its difficult terrain. It’s about 2 miles of a hike that most visitors take two or three hours to complete,” Piringer told WTOP.

“The B section is a moderate hike,” Piringer said. “Section C is an easy walk.”

Those who hike the Billy Goat or any trail are advised to “carry adequate fluids and replenish fluids regularly in the summer months,” Piringer said.

“Dehydration and heat stress can lead to heat stroke and death. Most of our calls are for heat-related illness, of late.”

The need to bring plenty of water along on a hike is a warning also sounded by Kate Van Waes, the executive director of the Silver Spring-based American Hiking Society.

“You need to have that water. It’s really critical. It could be [a matter of] life or death,” she said.

“Put shoes on that are going to make sure that you don’t break a toe or twist your ankle,” Van Waes said. She strongly advises against wearing flip-flops or sandals.

And when out and about, paying attention to all posted warnings is key not only to preserving human health, but the natural environment.

“If you see a sign that says this part of [a] trail is cut off or is closed for the day — that really does apply to you. It applies to everybody … no matter how much of an expert hiker you are, those signs are put up there for a reason because [the trails] are too dangerous to travel right now,” she said.

“And because whatever it is that has happened to the trail … people might end up trying to go off-trail in certain places to get around those obstacles. That ends up being [potentially] bad for, fragile plant life and wild life that’s off trail. So for multiple reasons, you’ve got to pay attention to the signs.”

Van Waes said staying on the established trail is best because “going off-trail, you actually can get lost pretty fast.”

The American Hiking Society website has resources to help hikers prepare for an outing, including a list of 10 essentials for every hike.