Marlon Michael Alexander, 40, was sentenced to two life terms in prison Tuesday for the 2010 rape of an 86-year-old Germantown woman; and his DNA is linked to four more rape cases in Montgomery County dating back to 2007, prosecutors said.
Listen now to WTOP News WTOP.com | Alexa | Google Home | WTOP App | 103.5 FM

The DNA of distant family members that was stored in a genealogy and ancestry database helped break the case of a Germantown man who Maryland prosecutors call a serial rapist.

Marlon Michael Alexander, 40, was sentenced to two life terms in prison Tuesday for the 2010 rape of an 86-year-old Germantown woman; and his DNA is linked to four more rape cases in Montgomery County dating back to 2007, prosecutors said.

“This is a first-of-its-kind case [for Maryland],” said Ramon Korionoff of the Montgomery County State’s Attorney’s Office.

“Genealogy databases and the DNA databases that were used as part of law enforcement tools helped to close this case, helped to bring it to fruition and helped obtain a guilty plea by this defendant.”

Prosecutors said another elderly victim of Alexander’s died six weeks ago, but she had intended to participate in the sentencing hearing to help ensure he would never be free to hurt anyone again.

Instead, the victim’s granddaughter spoke in court and later addressed the media.

“While this doesn’t return my grandmother’s peace of mind that she lost or our family’s, it helps us know that our community is safer and that no one else will have to go through this experience again at the hands of this man,” she said.

When asked by a reporter whether she agrees that it’s important for people participating in genealogy and ancestry databases to allow their DNA to be referenced by law enforcement, she said, “Well, it certainly was [important] for our family.”

DNA samples submitted to Parabon Labs for testing resulted in a report of “three distant familial matches related to the suspect’s DNA profile,” according to court documents.

That finding in August led to an extensive investigation by Montgomery County police. Alexander was arrested in September.

“What we’re seeing is the new wave, the new frontier of investigative work,” said Russ Hamill, acting Montgomery County police chief. “We’re seeing technology and science taking us places that when I came on the Police Department were unthinkable.” 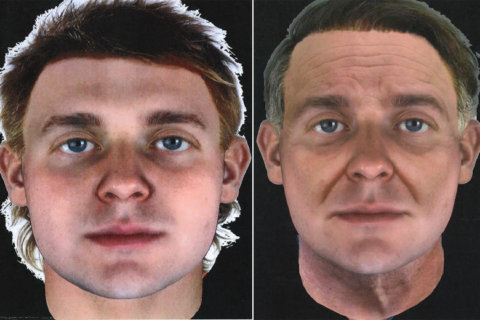 Maryland bill would further curb police use of DNA databases