Coronavirus News: Fairfax Co. votes to increase substitute teacher pay | Is it time to get a COVID-19 booster? Which one? | Local cases of COVID-19 | How many in DC region are vaccinated?
Home » Montgomery County, MD News » Montgomery County Special Olympics…

One Montgomery County, Maryland, cheerleading team has shown the world that its members’ abilities outshine their disabilities by becoming world champion cheerleaders.

In April, the JOY Supernovas became the first Special Olympics traditional cheerleading team to compete and win at the Cheerleading World Championships.

“For me, it was awe-inspiring. I love this team,” said Roni Septoff, the team’s coach.

The team is made up of cheerleaders who are developmentally and intellectually challenged, but the members refuse to let that define them. They worked hard to overcome their individual challenges and achieve their dreams.

“My group of superhumans takes time to develop that small thing that we take for granted, and when they get it, they get it,” Septoff said.

Carly Ruderman, 18, decided that she wanted to cheer while watching a University of Maryland football game as a kid.

“I really like the cheerleaders and really wanted to become one, and now here I am,” Ruderman said. 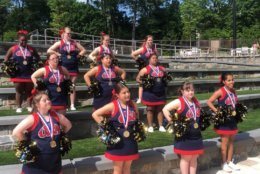 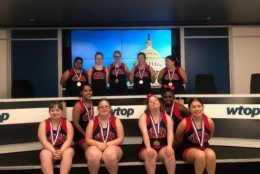 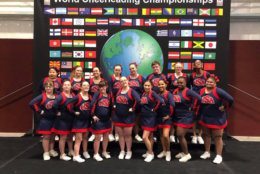 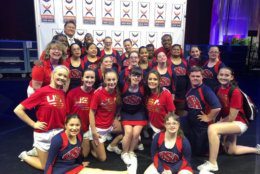 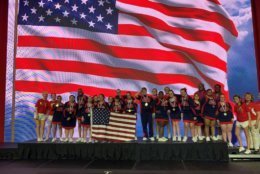 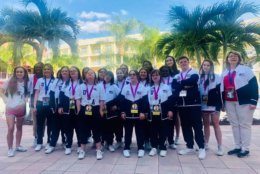 Team members spent the last year practicing and perfecting their routines ahead of their performance at the first-ever event the International Cheer Union held for Special Olympics traditional cheerleading.

“It took a lot of work for us to get to where we were,” said 21-year-old Susannah Lovegrove.

Special Olympics Cheer Commissioner and parent Darian Packard said it was an incredible day for the Supernovas.

“To be at this event, amongst all these other cheer teams from around the world, and to show them their abilities and not their disabilities,” said Packard.

Joelle Packard, 18, said it was amazing when her mother, Darian, placed a gold medal around her neck as the crowd cheered.

“That’s a day I will always remember,” Joelle said.

Septoff was overcome by emotion while talking about how proud she is of the team and all that it achieved that day. One moment that stands out in her mind was when a cheerleader who doesn’t normally run during the competition, ran and hit her spot perfectly.

“I don’t think people without those superhuman qualities that my team has, has as much tenacity or as much determination to do things, so maybe they should learn a little bit from my girls,” Septoff said.