BETHESDA, Md. — In late 2008, a major water main burst along River Road in Bethesda, Maryland, making national news and sending millions of gallons of water flowing through the street.

Now, nearly a decade later, the Washington Suburban Sanitary Commission is touting new technology that helps prevent such a disaster from happening again.

“That was such a massive break that it turned River Road into a river,” explained WSSC General Manager Carla Reid. “People were actually stuck in cars, and they had to be rescued.”

The cutting-edge technology that WSSC has been working on is called Acoustic Fiber Optic pipe protection. It monitors pipes 24/7 and alerts WSSC when a water main is getting weak and is about to break. 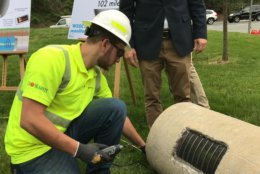 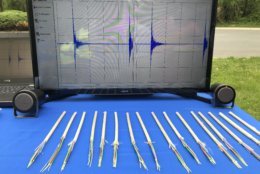 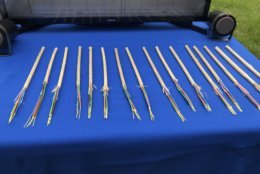 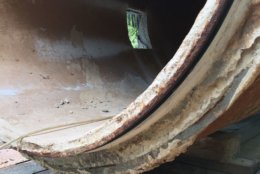 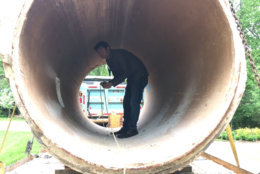 “It’s not just saying you’ve got a problem; it’s telling you where you have the problem, so we can be strategic and deliberate about where we go,” Reid said. “We’ve been able to intervene proactively to make sure that a repair is done before we have an emergency.”

When a pipe is compromised, the monitoring system sends a ping to the computers at WSSC, letting everyone know that something is wrong.

Repair crews are then able to make their way over to the area.

According to WSSC, the system has prevented at least 20 major breaks, saving the utility more than $40 million in repairs and pipe restoration efforts through the years.

“We are proud to partner with WSSC, who continues to take a long-term strategic approach to using technology to maintain the integrity of its vital system.” said Michael Higgins, senior VP of Pure Technologies, the company that maintains the acoustic monitoring system.

WSSC, which serves Montgomery and Prince George’s counties, has installed more than 100 miles of the technology, the longest monitoring system of its kind in the nation.

“Our investment in this innovative technology is saving money for our customers and protecting public safety,” Reid said.