Two separate murder cases in Montgomery County, Maryland, all link to the buying and selling of marijuana, which the county's state's attorney said is often at the center of violent crime.
Listen now to WTOP News WTOP.com | Alexa | Google Home | WTOP App | 103.5 FM

ROCKVILLE, Md. — Two separate murder cases in Montgomery County, Maryland, all link to the buying and selling of marijuana, which the county’s state’s attorney said is often at the center of violent crime.

“They are drug deals gone bad, basically. And I think that people naively think, ‘Well, I’m dealing pot. Nothing is going to happen to me,’ and unfortunately, that’s not always the case,” Montgomery County State’s Attorney John McCarthy said during a news conference Tuesday.

While announcing the conviction of Samuel Brown for the attempted murder of his 20-year-old crew member, McCarthy also went on to discuss how his team spends a lot of its time connecting cases through drug deals.

Brown, of Hyattsville, was one of two men charged in the February 2017 attempted murder of Wassi Young. Tierek Thomas, of Boyds, also faces criminal proceedings but his are postponed for the moment, according to court records.

The group was luring marijuana dealer Eduard Garcia with the intention to rob him when shots were fired and Young was hit, McCarthy said.

“In this small confines of a car where the drug rip was taking place, shots started to be fired both inside the car and outside the car. Wassi Young, who was only 20 years old, was shot and killed during those hail of bullets,” McCarthy said.

Months later, Garcia was charged in a separate case: the double homicide of two Northwest High School seniors the night before their graduation.

“In the Northwest case, one of the victims had been involved in a drug transaction several months before he was killed. There were drugs involved. That was marijuana, too, by the way,” McCarthy said.

When asked about whether he feels decriminalizing marijuana could be a solution to reducing violence in the county, McCarthy said he has heard the argument for it.

He added that he needs to look at the statistics out of jurisdictions where the laws have changed to see if there has been a corresponding change in the quelling of violent crime. 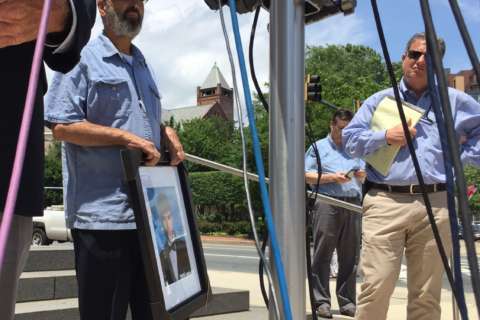 3 held without bond in killing of Northwest High students