More than two years after police happened upon the body of a missing Montgomery County man, the four have been indicted with conspiracy to commit his July 2015 murder.

WASHINGTON — More than two years after police happened upon the body of a missing Montgomery County man, four gang members are indicted with conspiracy to commit his murder and racketeering.

A federal grand jury indicted the alleged MS-13 gang members — four men ranging in age from 24 to 31 — in connection with the July 2015 killing of 19-year-old Guillermo Hernandez Leyva.

Prince William County detectives discovered Leyva’s body while they were working another investigation in September of that year. Leyva, who was reported missing months earlier from Montgomery County, was found stabbed and beaten near an apartment complex in Woodbridge, investigators said at the time.

In August 2017, all four of the suspects now indicted were located in different parts of the country, including in New Jersey, Texas and Indiana and charged with murder. 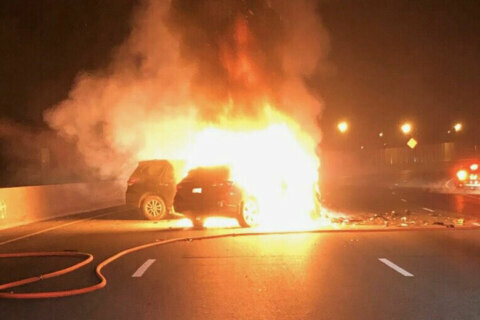