WASHINGTON — Firefighters were back in a Rockville, Maryland, neighborhood following a major fire at an apartment complex Friday that left 60 people displaced, destroyed three apartment buildings and caused $2 million in damages.

On Saturday morning, Montgomery County firefighters were going door to door talking to residents of the Fireside Park Apartments and surrounding neighborhoods about fire safety and prevention. They also checked if residents had working smoke alarms installed in their homes.

Pete Piringer, a spokesman for Montgomery County Fire and Rescue Service said firefighters are normally out talking with neighbors on Saturdays as part of the Safety in Our Neighborhood initiative.

The program started decades ago with a focus on checking smoke alarms and has expanded through the years, he said.

What we’ve seen lately (is that) smoke alarms worked and people have gotten out,” Piringer said. 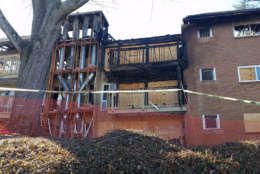 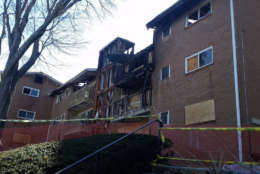 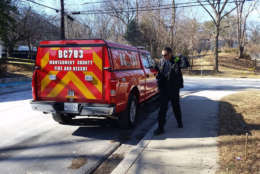 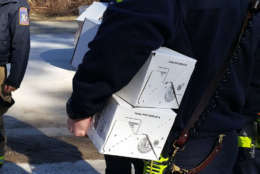 Friday’s fire at the garden-style apartments broke out about 1:30 p.m. Fire officials say it started on a balcony but a cause still has not been determined.

Piringer said that when a tragedy happens, such as Friday’s fire, that is when people are more open to listening and learning about fire safety.

Piringer said he believes Maryland’s new law that requires smoke alarms to have a 10-year life battery is already making a difference. 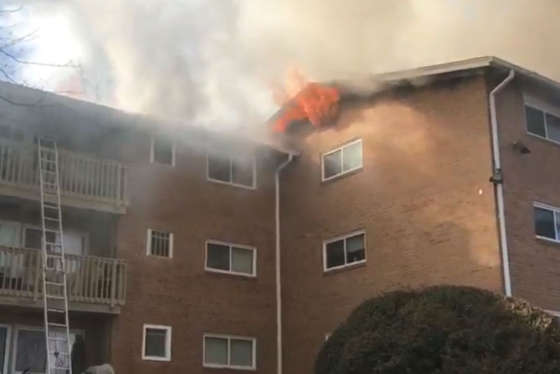 About two dozen families are displaced after a three-alarm apartment fire in Rockville Friday afternoon was made worse by strong, wintry winds.